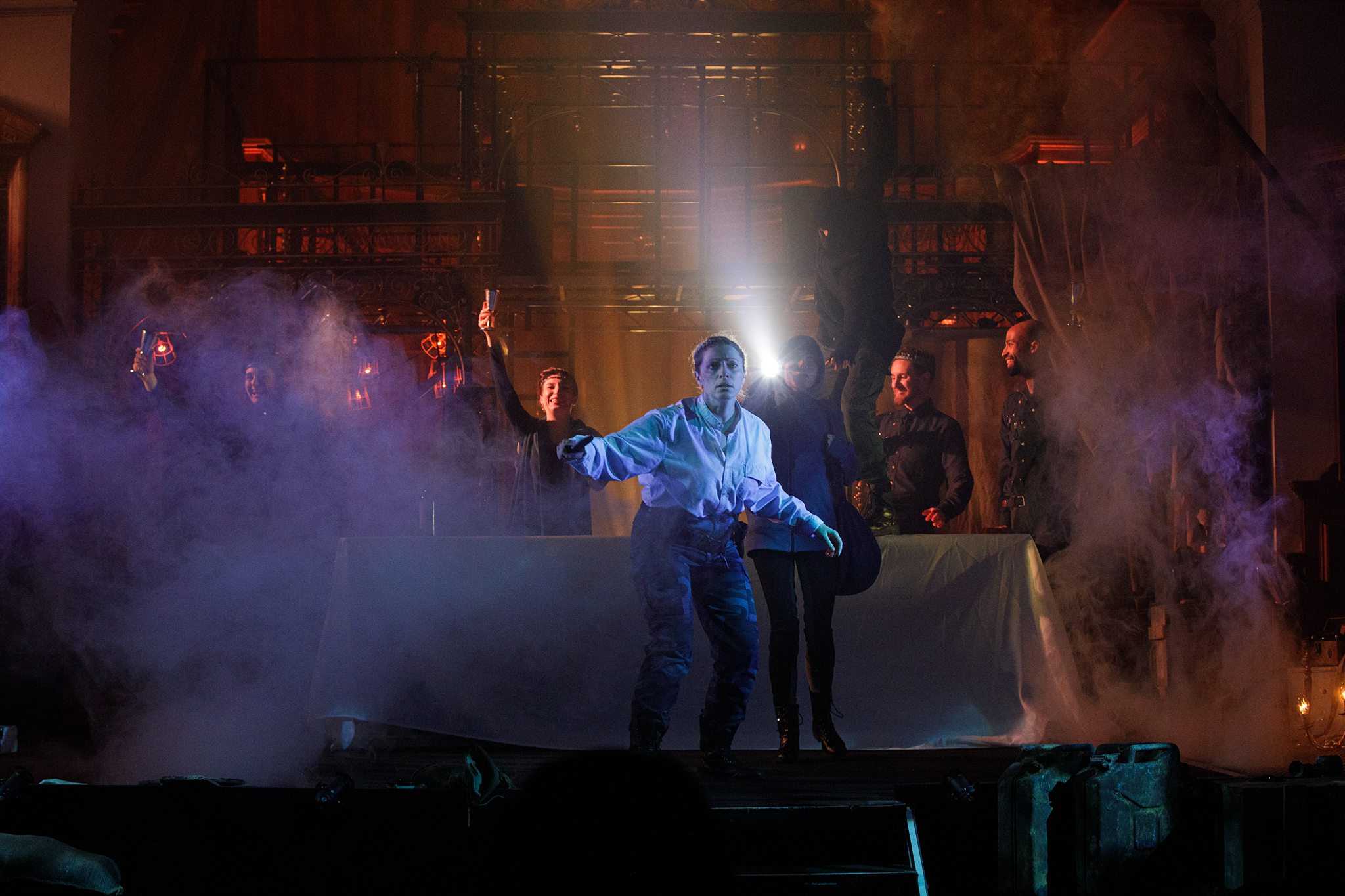 With International Women's Day just around the corner (8 March), and in the light of a number of recent audience responses to Macbeth, Co-Founder Sarah Gobran, discusses the importance of proportional representation on stage

Here at GSC, we have been noticing an interesting response to changing the gender of characters in theatre, or at least there is when it is women playing the roles that are traditionally seen as “male roles”.

Remember the furore when Dr Who – Dr being a genderless title – was cast as a woman? Yet, none of that same outrage occurred when Miss Trunchball in Matilda was played, and continues to be played, on stage by a man; when David Suchet played Lady Bracknell or Craig Revel Horwood was cast as Miss Hannigan…

And yet, every time, we cast women in “male roles”, GSC receive emails saying that we are being unnecessarily “trendy” and are asked “what is the point?”.  Unless it’s a lesser known play, like All’s Well That End’s Well, and then these changes seem to go unnoticed… so presumably the issues come not with women playing “male” roles, but preconceived ideas of how these roles should be played.

Well, I guess the point is that we are creating equal opportunities and representing our society as it currently exists. Only 13% of the roles in the Shakespeare canon belong to women – but this is quite simply because it wasn’t legal to be a female actor. 51% of the recorded UK population is female.

So why wouldn’t a theatre company want to give jobs equally (where possible) to all the people that make up our society? I would like to think that no-one would look around an office and tut that the women employed there are only employed to be “trendy”. So why should theatre be any different? Especially if the play that you are producing has a contemporary setting; there are female soldiers in our military, we have female politicians and doctors and musicians so a female Banquo, Brutus or Feste, all make sense to me.

Theatre makers are storytellers, and the reason why Shakespeare’s plays have endured 400 years is because their themes remain current and relevant. It is our job to make sure these modern themes remain poignant and truthful and recognisable to our audiences, to tell the stories in a way that are reflective and resonant. So why shouldn’t that include casting women, people of colour and people with disabilities and why would making decisions to do so negatively affect our audiences; if the storytelling is still clear, the plays hold their integrity and the production values are still high?

Let’s never be too reverential of Shakespeare – otherwise we risk diminishing this clever, creative, outspoken, empathetic, modern playwright to being banished to a “traditional” setting that he did not write for.