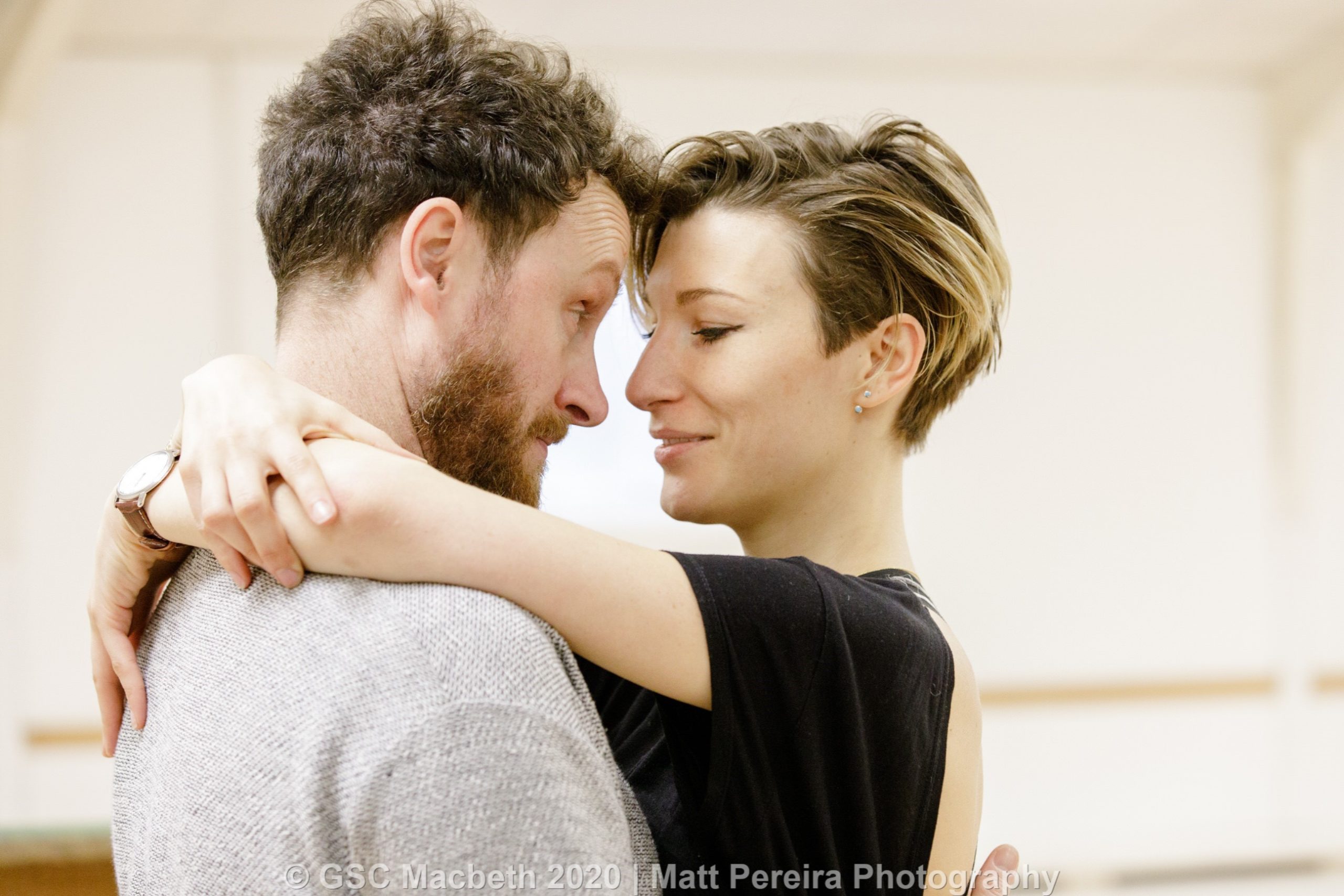 In our Macbeth souvenir programme, we’ve got an interview with the Macbeths themselves, Jack and Stella. Here’s an exclusive little extract to whet your appetite!

The Macbeths are a pretty formidable couple; some might say morally corrupt, some completely evil, others ruthlessly ambitious. What is your take on their relationship?

Oh, don’t be so harsh! I’m coming into it from a different angle, really delving into their shared history and what they’ve been through to end up in the head-space they are in when this play starts. And they’ve been through stuff! Yes, morally corrupt and ruthlessly ambitious, but completely evil? No. Shakespeare has some form of redemption for the Macbeth’s in that they become consumed by guilt. That is the nature of the human condition.

They love each other. They have a shared ambition but their paths to achieve their goals differ in approach. They’ve experienced hardship and the loss of a child. The world they live in is dark and and dangerous. They become blinded by the prophesies of the witches and fall victim to the speed at which they enact their machinations. I think it’s important that their relationship is built on a deep companionship in order for their inevitable demise to have the dramatic pay off it deserves.

You can read the full interview, as well as a special feature from Co-Founder Matt Pinches on what prompted Shakespeare write this terrifying play, full company biogs, rehearsal photos, designs and updates on our Outreach programme Brave New World.

32 pages all written by GSC. £3.50 available at the Box Office or pre-order when you book your tickets.