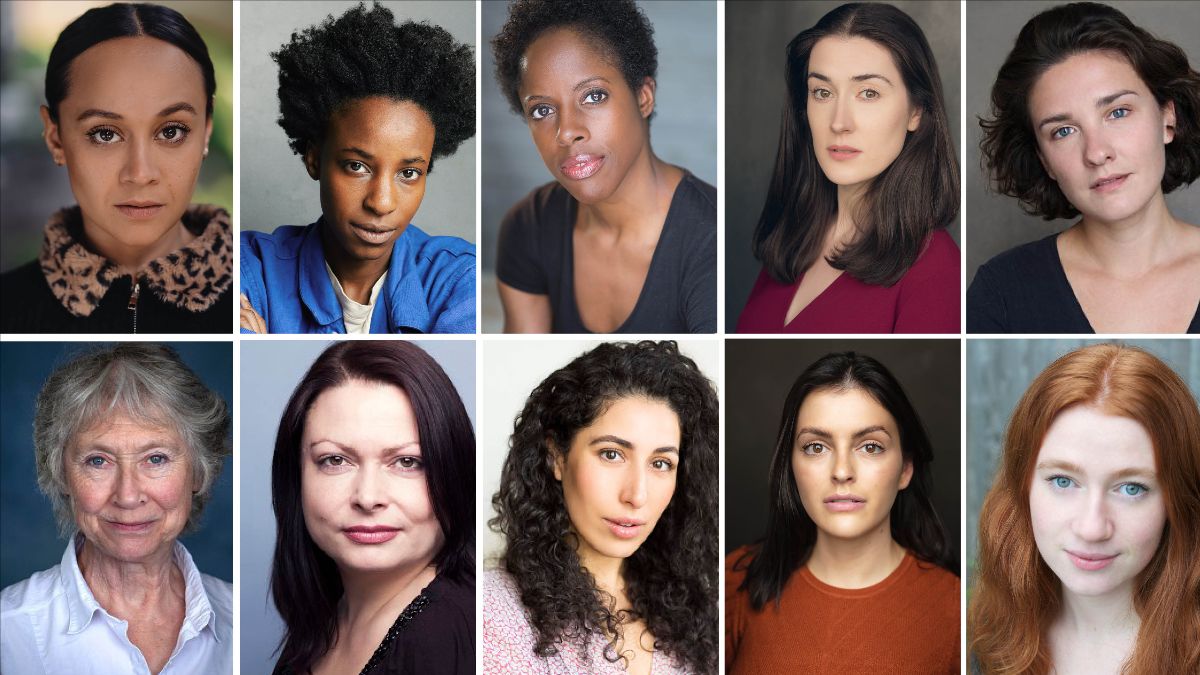 Read on to meet the cast below...

"Like or find fault; do as your pleasures are;
Now good or bad, 'tis but the chance of war"

...so says the Prologue to Troilus & Cressida. We are seven years into the famous Trojan War; a war sparked by the Trojan Paris’ elopement with Helen, wife of the Greek king Menelaus. In response, Menelaus called together his fellow Greek kings and supporters, sailing to Troy to destroy the city and bring Helen home. But the walls of Troy have stood firm and the war is at a stalemate.

In Troy, the young Troilus complains that he cannot fight because his heart aches with love for Cressida, a young Trojan woman.

Acting as the lovers’ go-between is Pandarus, Cressida’s uncle. Though a gossip his heart is very much in favour of the two being happy together. We also learn that Cressida’s father Calchas has previously defected to the Greeks.

The Greek commanders meet to discuss why the war is at a stalemate. Ulysses, King of Ithaca, (a philosophical commander who in Homer’s The Iliad comes up with the Trojan Horse idea), explains that the problem is with discipline in the army and that if people do not "observe degree, priority, and place" then society will fall apart:

"Then everything includes itself in power,
Power into will, will into appetite;
And appetite, an universal wolf,
So doubly seconded with will and power,
Must make perforce an universal prey,
And last eat up himself." (Act 1 Sc 3)

A challenge comes from the Trojans for their champion Hector to fight a single combat with a Greek warrior. The natural choice is Achilles, the Greeks’ greatest warrior, but he is petulant and proud, only fighting when he wants to.  But if Hector wins the Greeks would lose their greatest warrior. Therefore, they hatch a plan to suggest Ajax as the candidate – a fine warrior but nothing in the same class as Achilles. The added bonus being that the choice of Ajax may provoke the proud Achilles to fight again.

Meanwhile in Troy, Pandarus engineers Troilus and Cressida to meet. Both swear that they will forever be true to one another and retire in secret to consummate their love.

"Time, force and death,
Do to this body what extremity you can;
But the strong base and building of my love
Is as the very centre of the earth,
Drawing all things to it." Cressida (Act 4, Sc 2)

Back in the Greek camp, Cressida’s traitor father Calchus, persuades Agamemnon to trade a Trojan prisoner of war for his daughter. Elsewhere, Achilles is becoming agitated that the puffed-up Ajax is taking his place as ‘hero of the hour’ amongst the Greek army. Ulysses suggests to Achilles that if he stopped dallying with Trojan women and began to fight things might begin to change. Seeing that his reputation is at stake, Achilles agrees.

The morning following Troilus and Cressida’s night together, the couple are faced with immediate separation as the Greek Diomedes arrives to make the aforesaid exchange of prisoner-for-daughter. Despite his protests, and pleas to his father Priam for assistance, the exchange goes ahead.

A prisoner of war in all but name, Cressida submits to being kissed by all the Greek commanders, whilst Ulysses accuses her of ‘sluttish’ behaviour.  The stage is set for Hector and Ajax fight. However, Hector is reluctant to fight his brother-in-law, and the duel ends in a draw. Hector and Achilles trade insults and the latter challenges Hector to a fight the following day.

Meanwhile, Troilus and Ulysses follow the lustful Diomedes to Calchas’ tent. Here Troilus watches Cressida flirt with Diomedes, offering and taking away a love-token given to her by Troilus. After some hesitation, she decides women are inherently promiscuous and promises to sleep with Diomedes that night. In agony, Troilus vows to kill Diomedes in the battle the next day.

Back in Troy, Hector’s wife and sister plead with him not to fight Achilles, but he will not be moved.

Troilus vows to kill as many as Hector and tears up a letter that Pandarus delivers to him from Cressida. We are never to learn of the contents.

In the battle that is climax of the play, Patroclus is killed, rousing Achilles to fight. He gathers his Myrmidons and together they encircle the resting Hector, butcher him and tie him to a chariot, parading him in front of the Trojan city walls. A desolate Troilus is left to deliver the news to Troy and Pandarus bleakly closes the story...

"Brethren and sisters of the hold-door trade,
Some two months hence my will shall here be made:
It should be now, but that my fear is this,
Some galled goose of Winchester would hiss:
Till then I'll sweat and seek about for eases,
And at that time bequeathe you my diseases."
(Act 5, Sc 10)

Our fabulous all-female cast are: