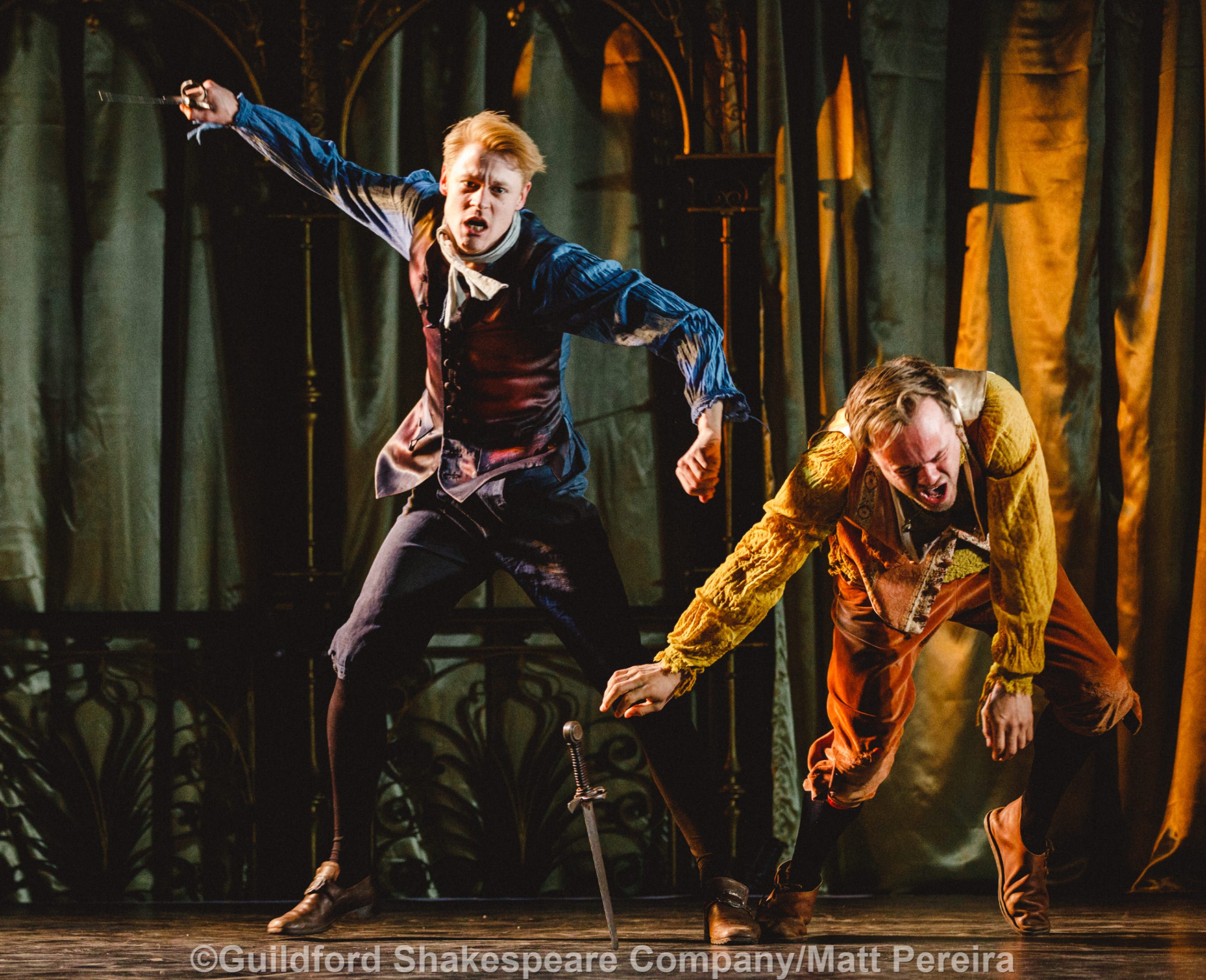 Last month, LAMDA, one of the UK’s top drama schools, published results of a recent poll of 11-18 yr olds, which revealed that 31% failed to select Shakespeare as a playwright. The study was commissioned to measure young people’s access to drama in schools and returned results that also included 65% of the children attending state schools had not taken part in a school play, while 47% had never been to see a play as part of a school trip.

Whilst shocking to many of us, GSC’s own recent experiences with schools in Surrey corroborate these findings. Over the last 3 years our Delight in Shakespeare project with the most disadvantaged primary schools in Surrey (in association with Delight Charity) has seen 65% of participants attain an improved understanding of heritage text, whilst our most recent work with 11 of the most disadvantaged secondary schools in Surrey, The Play’s The Thing, saw GSC take performances and workshops of Macbeth and Romeo & Juliet to 1,500 secondary school pupils with inspiring results. “This will be the only experience of live theatre that some of our students have ever had. It will certainly be some students’ ONLY experience of a live Shakespeare play. Many of them will probably never see a production of Shakespeare again”, one teacher wrote to us. But why should that be the case? 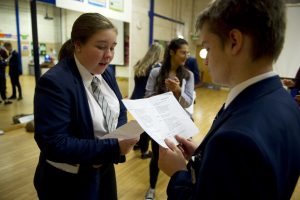 Viewing Shakespeare as a playwright is probably an alien concept to many children given the fact that they never get the opportunity to attend a play or take part in one. As I see it there are two challenges here: funding, and the placement of Shakespeare in the curriculum.

Sadly, as with many theatre companies’ Outreach initiatives, our projects are only possible through support from private trusts and corporate sponsorship. This year we have generous assistance from The Geoff Herrington Foundation, Natwest, and Guildford Poyle Charities. When corporate partners and funders get involved the results are amazing. The vision of these supporters is incredible and we’re extremely grateful to them, however, it does throw up the second challenge of sustainability for those children in the following year.

Playing Shakespeare With Deutsche Bank at Shakespeare’s Globe is now in its 14th year, enabling 18,000 children a year see a show at the theatre. That level of sustainability is remarkable, and the bank clearly sees the benefits of such a relationship. Equally, the Globe’s local authority of Newham have established a programme whereby every child at Year 6 across the borough is guaranteed at least one theatre visit. What a difference this could make to the children attending Guildford’s 38 primary schools…

As a school pupil in the 80s and early 90s attending a large comprehensive in the West Midlands, we had numerous theatre trips throughout the year, often subsidised by the local authority. Now taking children out of school for such a trip is almost impossible, due to budget restrictions, red-tape and the cost of the ticket, not to mention coach hire. This can be helped by local authorities, and central government.

However, funding is only part of the issue. I think change needs to be addressed ‘where’ Shakespeare is placed in the school curriculum. These are plays, written for players to be performed and enjoyed by audiences as entertainment. Why then is Shakespeare not taught in drama? You don’t learn about Mozart in history so why is Shakespeare the preserve of English Literature classes?

I would wager that if we moved Shakespeare to Drama lessons, not only would we significantly alter children’s (and equally importantly, their parents’) perceptions of the plays, but we would also see a huge shift in the importance of arts provision and its teaching within our education system from central government.