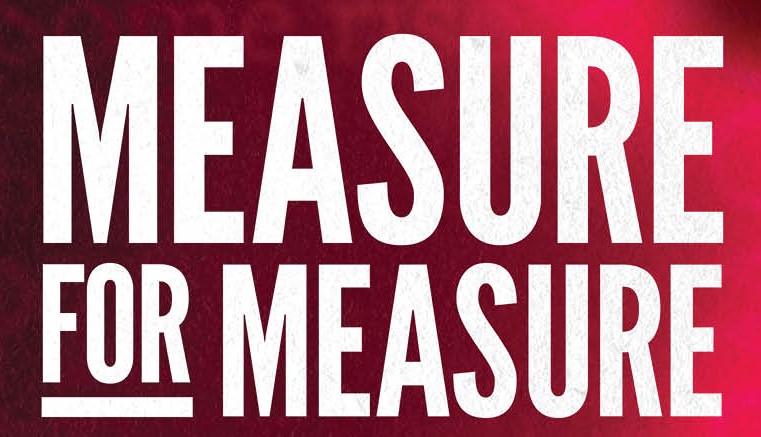 The site-responsive theatre company have chosen Shakespeare’s unflinching examination of sexual harassment and the abuse of power open to their 2019 Programme. Given the explosion of the debate around these subjects and in the shadow of campaigns such as #MeToo and #TimesUp, there has never been a more important time for this play.

“Measure For Measure is shockingly modern” enthuses Co-Founder Sarah Gobran, “throughout, characters sound like they were written only yesterday, and could be taken verbatim from events in our daily media. In its original form, the play is dominated by male power structures, but what happens when those are reversed, and the question becomes what it means to be ‘masculine’? The questions this play poses are vital and far reaching”

In order to encourage discussion around entrenched preconceptions of gender and power structures, six characters will gender-swap at the interval, and the show re-started from the beginning. Rather than focusing purely on the central relationship of Angelo and Isabella, GSC will also gender-swap the roles of the Duke, Mariana, Escalus and Mistress Overdone to enable audiences to further consider the how we view men and women.

Director CHARLOTTE CONQUEST and designer NEIL IRISH (Romeo & Juliet, The Taming of the Shrew, The Two Gentlemen of Verona), will create a fluid playing space in Holy Trinity Church with numerous stages constructed within and around the audience seating, ensuring the audience remain complicit throughout, whilst the venue’s ecclesiastic architecture will heighten the play’s themes of faith and justice.

In a world where women are still objectified and whose exposure to sexual harassment continues to be laid at their own door, what do we think when that status quo is reversed? “Theatre is not only perfectly placed to initiate discussion around these issues,” added Miss Gobran, “but also has an obligation to bring them into the spotlight.  Gender inequality is widely diverse, but it concerns all levels of society, so we are very proud to be giving our Guildford audiences the opportunity to engage with this crucial subject.”