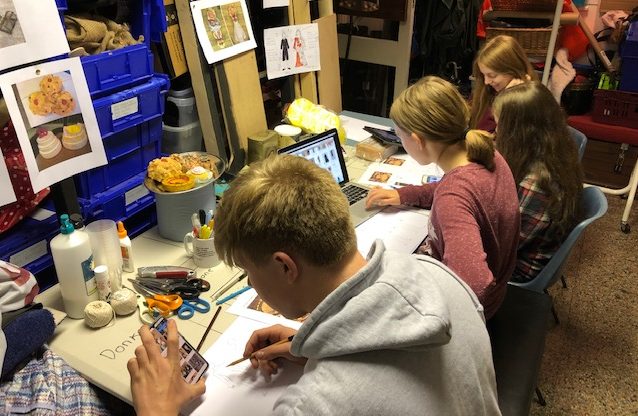 This year, our Young Company gets to grips with the theatre industry through a series of specialist mentoring sessions. They got to choose between Producing, Directing, Writing, Marketing, or Design sessions led by a member of the GSC team.

As the Designer of the last three Young Company performances, I happily accepted the role as Design Mentor. The aim of my session was to have each group member research, design and create a costume for one of the characters they have been developing in the rehearsal room. We also spent some time creating stage food out of sponges – more on that later!

After a brief overview of the design process, the company members each chose a character from their show and we discussed who those characters might be in the 1970s world in which their play is set. Inspiration was drawn from seventies television shows (Fawlty Towers, for example), celebrities/famous faces of the time, the Royal family and fashion magazines. With their reference images found, they then translated their design ideas onto costume template sheets. 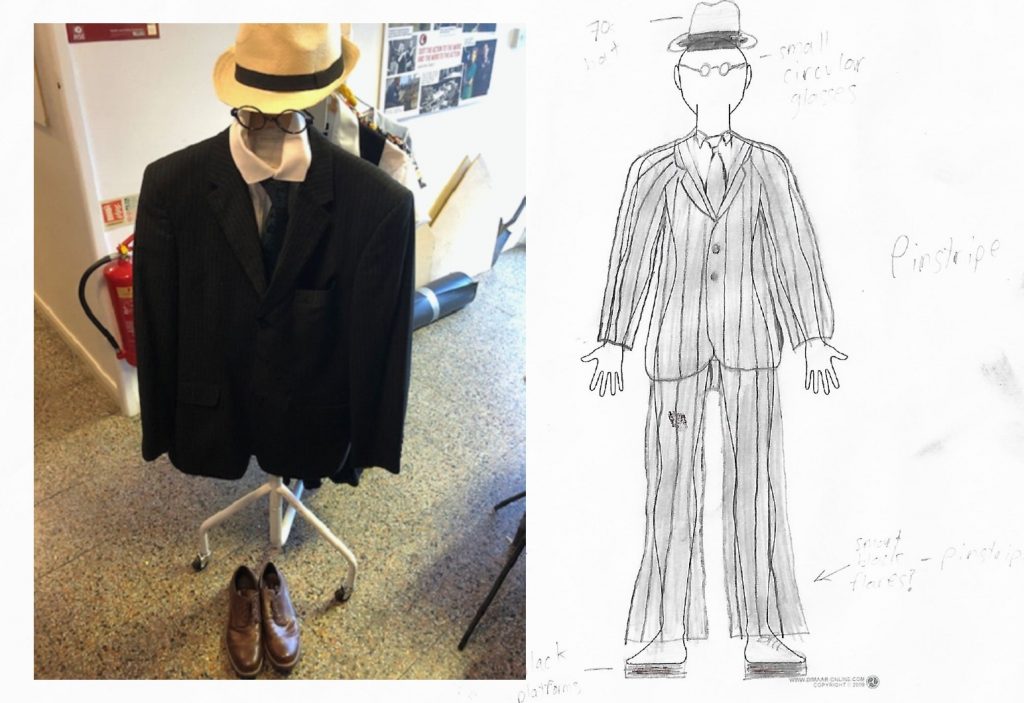 Once they had finished their designs, each member was given fifteen minutes in the costume store to turn their designs into a reality. They were asked to consider fabrics, colours, silhouettes, footwear and accessories. I was deeply impressed by the level of detail that each mentee brought to the session with comments such as: ‘Flat shoes would be better. She’s a waitress and she needs to be comfortable all day’. It was fantastic to see them proudly presenting their final costumes to the rest of the group. They all produced a brilliant piece of work, particularly when you consider the short time they had to complete the task. 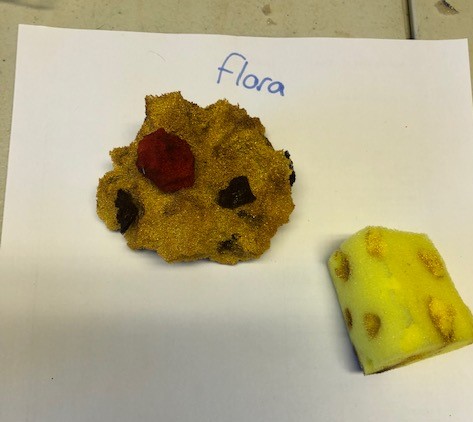 Finally, the group made a selection of delicious-looking artificial foods including rock cakes, vol-au-vents and cheese, out of car-sponges. After a quick briefing on technique, each mentee carved and shaped their sponge and finished it with paint. A fun way to finish what was a terrific first session for the Young Company Design mentees.