SHE STOOPS TO CONQUER

Dates to be advised

WE WILL NOTIFY YOU HERE WHEN TICKETS GO ON SALE 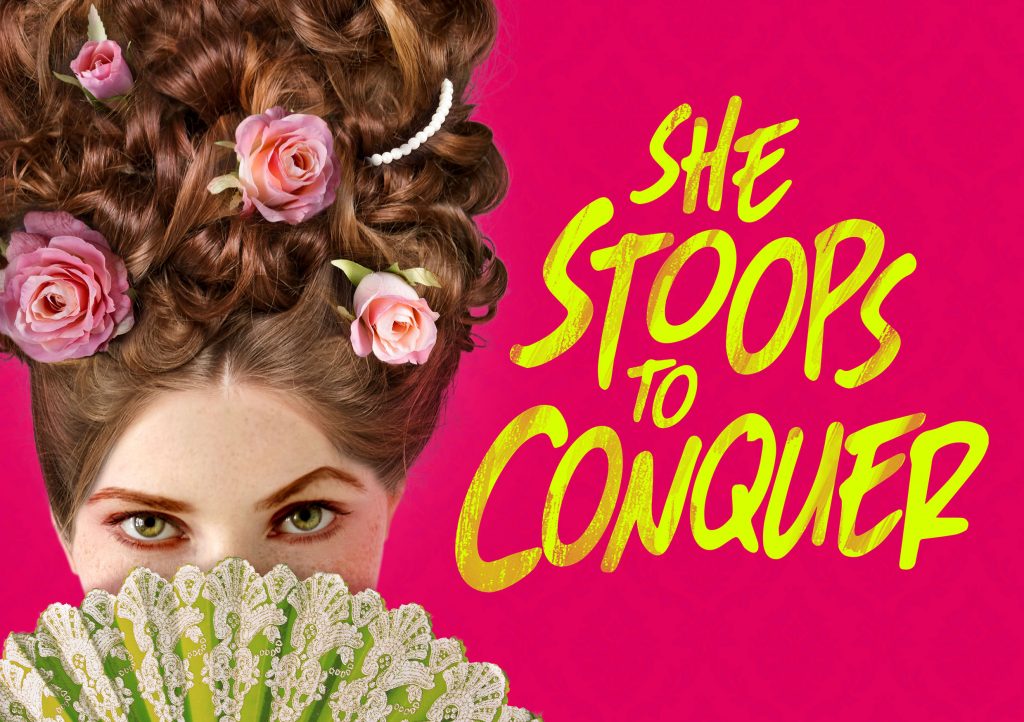 “Ask me no questions, and I'll tell you no fibs.”

This summer, in the popular Guildford Castle Gardens, we'll be introducing you to outrageous Mrs Hardcastle, her crusty husband, their industrious daughter Kate, and her bumpkin of a brother Tony Lumpkin.

For this is Oliver Goldsmith's sublime Georgian comedy of manners, one of the best-loved and most-performed of English comedies.

First staged in 1773, She Stoops to Conquer takes place over the course of a single night, when a young gallant called Marlow is led to believe that his future bride's rural family home (the Hardcastles, whom he has never met, by the way), is in fact a country inn. . When confronted with the elegant Kate Hardcastle, his swagger melts away, and so to conquer his heart and keep up the pretence, the tenacious Kate poses as a barmaid. Full of ludicrous mischief, racy dialogue, misunderstandings and a gallery of colourful characters, we promise a glorious evening of fun and laughter.

"I have long believed that somewhere in heaven the perfect production will be running for all eternity." Charles Spencer, Daily Telegraph, 2012

"It is its mixture of wit and warmth that keeps Goldsmith's comedy alive." Michael Billington, The Guardian, 2012

Directed by TOM LITTLER who's recent hits with GSC include All's Well That Ends Well, Love's Labour's Lost and Much Ado About Nothing.

Casting will be announced in the spring.