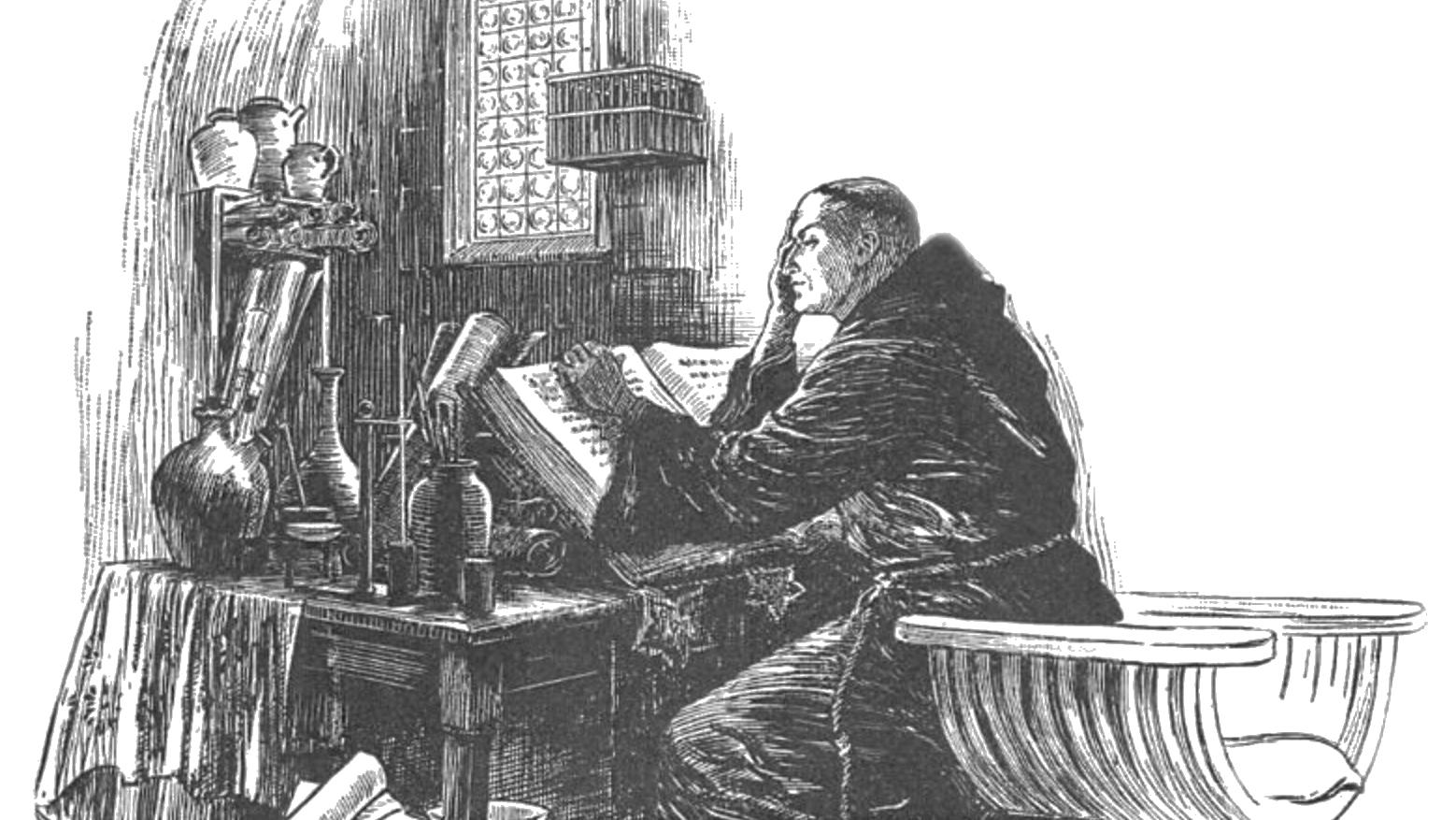 Every term, members of At Home with GSC, our Wednesday club for Home-Educated children, pick up their quills and don their playwrighting hats. Taking inspiration from a Shakespeare play, they create their own story and characters. The rest of the group provide constructive feedback, every couple of weeks, until each writer completes their final draft.

A couple of months ago, I thought it would be fun to join them (any excuse to write more) and quickly came up with an idea. Writing as part of a group can be invaluable for improving a script and the children gave me excellent notes. You can read the first part of it below and guess which play inspired the concept…

Poor Friar John (OR A Plague On All Your Houses)

A small dining-room in a provincial house outside Verona.

Friar John is bundled into the room by a Plague Doctor. The Plague Doctor wears the classic ‘pointy-nose’ mask. John wears a traditional cassock and clutches a letter.

John. You can’t leave me in here. I have to take this letter to Mantua.

Doctor. I don’t care if you have to take Pardons to the Pope. You’re not going anywhere. Not today. Not tomorrow. Not till I say so.

John. If you don’t let me go, you’re risking the lives of a young couple. They’re children, really. Madly in love…

Doctor. Save it for someone who cares.

John. And completely desperate. Do you want their souls on your conscience?

Doctor. I’m here to protect this village. I have been entrusted with the entire of Sector B, which covers the area from this lane, all the way to the river. I will not have you spread the plague to everyone else who lives here.

John. I’ve already told you. I don’t have the plague.

Doctor. The symptoms don’t start for a few days. The Plague and Prevention Guidelines, as stated in ‘The Health and Population Decree Number Forty-Two’, clearly call for a minimum quarantine period of seven days.

John. But I’ve only just arrived…

Doctor. We can’t take the chance. Even if you do have a crucifix around your neck. May he have mercy upon you and everyone in this house! You are officially in quarantine. And don’t think about trying to leave. We will be watching.

The Plague Doctor exits. We hear the sound of the door being locked. John tests it.

John. If Jesus was here, he would have some very strong words with you, my son! And that mask looks ridiculous. If your nose really is that long, I’m not surprised you’re such a crank!

Doctor. (From outside) And keep it down in there. Some of us are doing important work.

John. Important work? Why I… There must be a way out of here. Come on, John. You can find a way out of this mess and deliver this letter. For the boy. And the girl. Such a sweet pair.

Friar John desperately checks the room for an exit. He tries the wall, the floor-boards, the chimney etc. As he struggles on his hands and knees, Friar Peter wanders in, whistling a jaunty tune and carrying two large tankards of ale. He places one on the table and takes a large swig from the other.

Peter. You know, I’ve had years of practice in two things. Brewing ale and tending to the garden. If I was as good with the garden as I was with ale, I might grow better herbs. Still, it’s all His creation and he must approve. Might be the best ale I’ve brewed.

Peter. Do you want one? I brought you a… Oh… What, er… What are you doing?

John. I have to get to Mantua. Plague or no plague.

John. It’s not a poem. It’s a letter. And it’s essential I deliver it.

Peter. Are you sure? It seemed pretty poetical to me.

John. That’s just the way Lawrence writes. The whole of Verona does. Even when I’m there, I find myself falling into the pattern. De-Dum-De-Diddley-Dum. It’s maddening.

Peter. Seemed alright to me. Lots of floral imagery and the like. What do you call it? Illiteracy?

Peter. Well, we don’t have many airs and graces out here. I said it at the time and I’ll say it again. You ought to have stayed.

John. Right now, I have to put as much distance between here and me, as possible.

Peter. I’d pull up a pew, if I were you. Those doctors aren’t going to let us go anywhere. If we can’t get out, then no one can come in. No one can reach us here. No one can bother us with complaints about their neighbours, or ask us to light a candle for their limping dog. Might as well appreciate it. Put our feet up and enjoy the quiet time… Do you want a game of dominos?

Peter. You and I used to play all the time. And you always won. Well, most of the time.

John. I’m going to try and break down this door.

John launches himself into the door. He makes a tremendous noise, but the door stands firm, as John lands on the floor.

Peter. That door is as stout as I am. You’ll never knock it down.

John bangs on the door and shouts…