THE MERRY WIVES OF WINDSOR

Shakespeare’s only comedy to be set in England, The Merry Wives of Windsor is a delicious confection of feel-good fun and has inspired classic sitcoms from Fawlty Towers to The Good Life to The Vicar of Dibley. It is widely considered that Shakespeare wrote the pay at the command of Elizabeth I because she wanted to see the character of Sir John Falstaff in love.

The irrepressible Falstaff is down to his last farthing and, convinced that two respectable suburban ladies, are in love with him, hatches a plan to make the most of their husbands' money. Unbeknown to him, the two merry wives hatch a plan to teach the old rogue, and their frantic husbands, a thoroughly good lesson. READ THE SYNOPSIS

Given this feel-good-factor, director Caroline Devlin (Merry Wives 2012, The Winter’s Tale, Othello) has chosen a late 1970s setting, utilising the enchanting quirkiness of Stoke Park Model Railway on London Road, for the picture-perfect suburban setting of Shakespeare’s domestic comedy. Featuring a kitsch 70s kitchen-diner, garden patio, and pub lawn the enchanting Stoke Park Railway at the top end of Stoke Park in Guildford will be transformed into the seemingly tranquil world of Royal Windsor.

Drawing on classic TV programmes from the period and some of the most memorable songs from the decade, this will be a MERRY WIVES with a toe-tapping soundtrack, bell-bottom slacks, puff-sleeve polyester dresses… and who knows, a British Rail train might actually turn up on time!

"If I had cannons I'd be firing them" Surrey Advertiser

"With Merry Wives, Shakespeare effectively invented the sitcom" The Independent

Emma was in our 2017 Summer Season and The Legend of King Arthur; James played The Bastard in our recent staged reading of King John; Rosalind played Emilia in Othello (2014) and Goneril in King Lear (2015); Alex appeared as The Mad Hatter in our original Alice in Wonderland (2015) as well as both shows in Summer 2009 and 2012. The eagle-eyed amongst you might recognise Isaac from this year's Sonnet Walks. Tom has worked extensively with Storyhouse Theatre in Chester and Theatre by the Lake in Keswick; Peter will be very familiar to those who listen to the Eagle Radio Breakfast Show or have seen the Yvonne Arnaud panto; and we're delighted be working with Francesca in her first professional job since graduating from GSA this year! Sarah and Matt are GSC's Co-Founders and Actor-Managers. The Company's full biographies will be in the 32-page Souvenir Programmes available at every show. 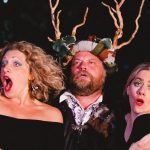 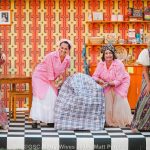 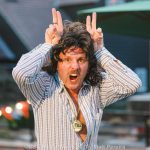 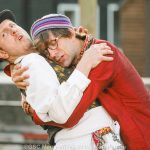 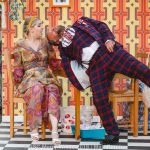 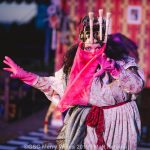 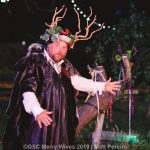 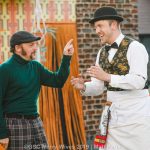 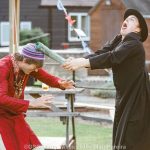 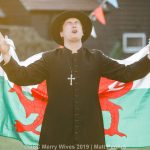 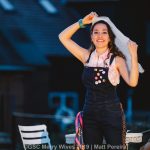 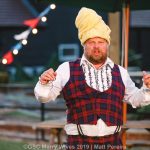 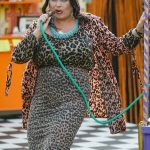 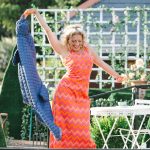 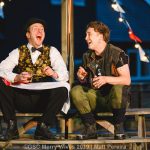 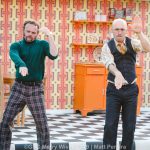 Inside the Merry Wives rehearsal room