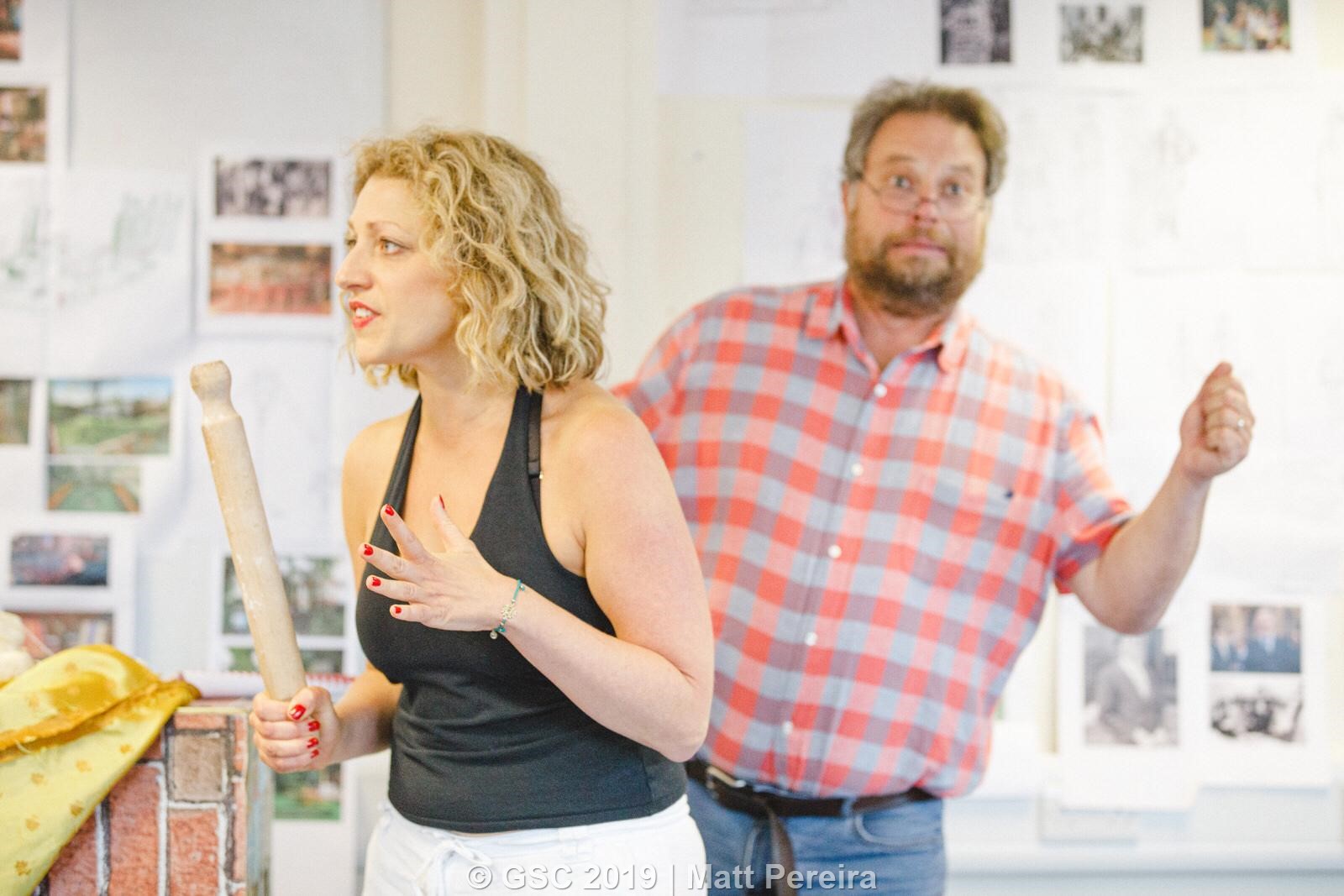 Legend has it that Queen Elizabeth I was so enthralled by the character of Falstaff from the Henry IV plays that she wanted to see him in a play of his own and ‘that she commanded it to be finished in fourteen days’. Such is the testament of John Dennis, poet and critic, writing in 1702. This claim was later embellished upon by Nicholas Rowe in his biography of Shakespeare, saying that the writing of the play was ‘to show him [Falstaff] in love.’

How far can we take these claims to be true? Of course we’ll never know for sure but there are delicious clues in the action, characters and the real-life world Shakespeare inhabited to make some possible assumptions.

We know that Henry IV part 1 was first performed during the winter season of 1596/97 at court and HenryIV part 2 followed soon after. In them we are introduced to Falstaff, Pistol, Nym, Bardolph, Mistress Quickly and Robert Shallow. Most of these characters return in Henry V, written and performed in 1599, though Falstaff is left tantalisingly in the wings as we only hear report of his death – Shakespeare clearly had bigger subject matter on his mind. Merry Wives was registered for publication in 1602, placing the origins of the play between 1597 and 1601.

So what was happening in these years that might have prompted the Queen to request a play by Shakespeare?

23 April 1597 was the long awaited day that the 2nd Baron of Hunsdon was to be elected to the honourable Order of the Garter: the highest reward for chivalry that the monarch can bestow. Not only was Hunsdon one of the Queen’s favourite cousins, but his father was also the Lord Chamberlain…the same Lord Chamberlain that was patron of Shakespeare’s theatre company. If court rumours are to be believed, news of Hunsdon’s election was made known in February that year, more than enough time for a proud father to get his theatre company to knock out a play as his contribution to the festivities.

However, this is not the only contender. The next election in 1599 saw the 8th Earl of Cobham elected and Shakespeare had been in trouble with him before. In 1HenryIV, Falstaff was originally named ‘Sir John Oldcastle’; the real Oldcastle had been burned as a traitor but had married Joan, 4th Baroness of Cobham. The 8th Earl had taken a dislike to the way his ancestor was portrayed on stage and ordered that the character name be changed, which it was: “Falstaff shall die of sweat, unless he already be killed with hard opinions./For Oldcastle died a martyr, and this is not the man” says the Epilogue in HenryIV part 2.

Cobham’s name was also William Brooke (the name taken by the deluded Master Ford in the play when in disguise), and it was well known court gossip that he was having an affair with one of the Queen’s maids of honour – was the Queen using the opportunity to show her court that she had an eye on everything?

Order of the Garter references litter the play: Falstaff is a Knight; the inn where he lives is called The Garter Inn; a German noble is mentioned coming to the castle (in 1597 the Duke of Württemberg was elected to the order); Mistress Quickly as the Queen of the Fairies quotes verbatim the Order’s French motto; and it is a fact that a group of old knight’s were lodged in Windsor to give prayers for the monarch. The Order’s spiritual home is also St George’s Chapel, Windsor.

Perhaps the most compelling evidence that Merry Wives was written as a hasty request can be found in 2Henry IV. In Act 3 Sc 2, Falstaff is heading to Yorkshire to help quell the rebellion. On the way he calls in on Justice Shallow who when we meet him is talking about Stamford Fair – clearly we are in the East Midlands.

However, only two scenes later, after the battle, Falstaff asks Prince John if he can make his way home “through Gloucestershire, and there will I visit Master Robert Shallow, esquire”. The first lines of Merry Wives names Shallow as the Justice of the Peace for Gloucestershire.

Was there a break in the writing here? Did Shakespeare go and do something else? A speedily commissioned play for a specific purpose? The fact that half of the Merry Wives cast list are from the Henry IV plays, the vivid description of domestic town-life that could easily be Stratford as opposed to Windsor, certainly gives weight to this assumption, but of course we’ll never really know…and that, in part, is the mystery and the magic that Shakespeare retains for us today.

A version of this article first appeared in the 2012 summer programme.