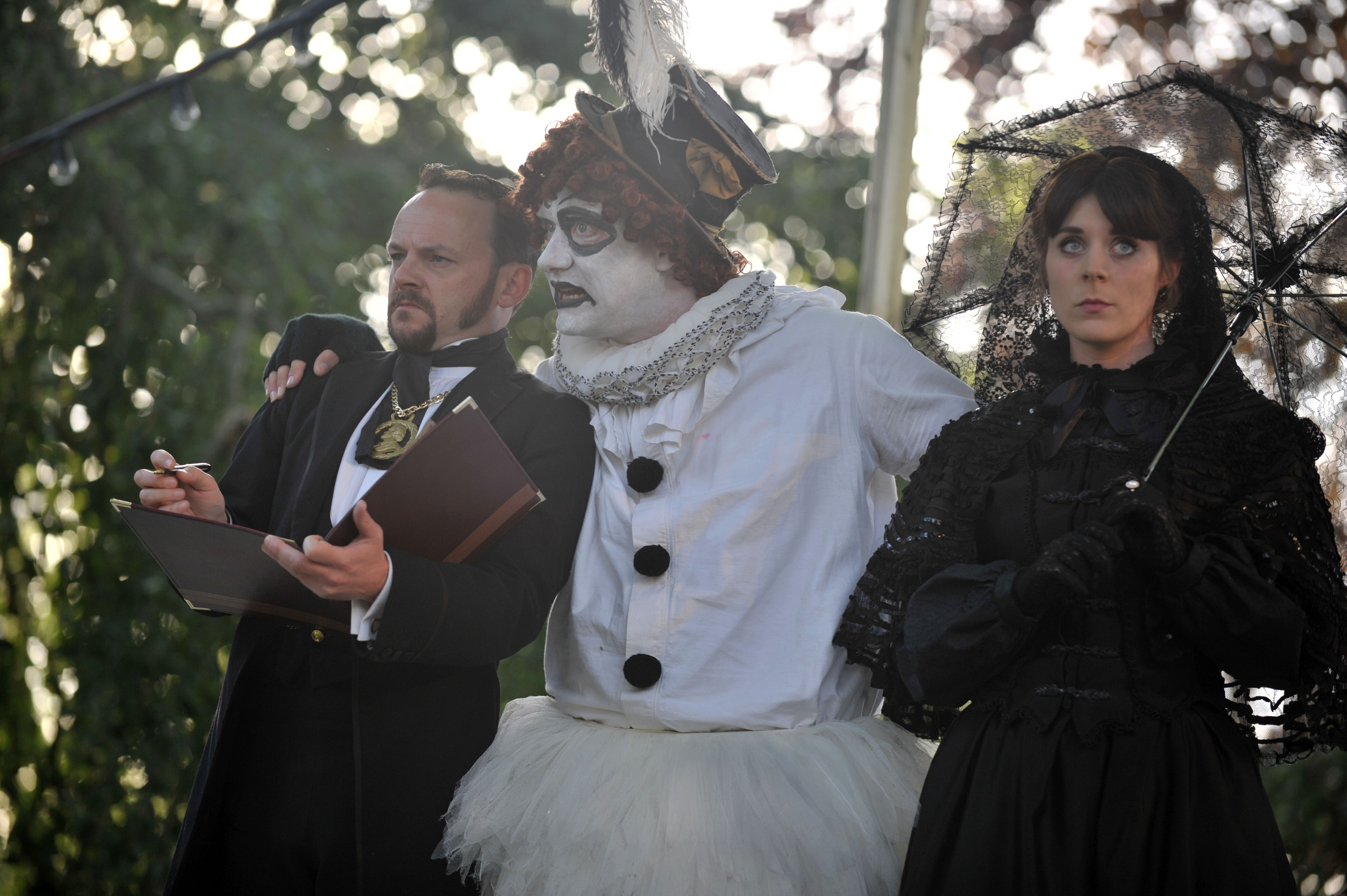 Following a violent shipwreck, Viola is washed up on the unfamiliar shores of Illyria, and believes that her twin brother, Sebastian, has died in the storm. Mourning her loss, she disguises herself as a boy and finds employment at the court of the island’s lovelorn duke, Orsino.

Orsino is desperately in love with the local Countess Olivia, who still in mourning for her father and recently deceased brother, and will not entertain any form of affection.

Viola’s brother, Sebastian, also arrives in Illyria, rescued from the sea by the pirate Antonio, who is no stranger to the island having fought Orsino’s navy in a recent war.

Despite his rejection Orsino sends his new page Cesario (Viola in disguise) to woo Olivia on his behalf. Viola goes unwillingly as she has already fallen in love with the Duke.

Elsewhere, Olivia’s raucous uncle, Sir Toby Belch, is trying to line up the hopeless Sir Andrew Aguecheek as a possible suitor to his niece, whilst making a hefty profit at the same time. Amongst Sir Toby’s rowdy gang is Maria, Olivia’s gentlewoman. Feste, the family’s melancholic yet perceptive Fool, is also in attendance.

They are continually harassed by the preening, self-loving steward Malvolio. To teach him a lesson, and knowing his love for Olivia, a plan is concocted to leave in his path a letter supposedly written by her, cryptically informing Malvolio that she is in love with him.

Meanwhile, Olivia has fallen in love with this messenger Cesario (Viola).

Dressed in yellow stockings and smiling maniacally, Malvolio publicly announces his love for Olivia. She, supposing he is mad, orders that he is locked up. Sir Toby instructs Feste to torment Malvolio further by dressing up as a priest and treating him like a madman.

The jealous Sir Andrew challenges Cesario to a duel. Antonio intervenes to defend Cesario whom he thinks is Sebastian, and is arrested. Olivia has in the meantime met and married Sebastian, believing him to be Cesario. Eventually Sebastian and Viola appear in the same place at the same time and the twins re-united and the confusion is lifted. Sir Toby marries Maria in secret and dismisses Sir Andrew.

Finally Malvolio is released from prison and in front of everyone discovers he has been horribly tricked.

The play ends with Viola shedding her disguise and agreeing to marry Orsino.