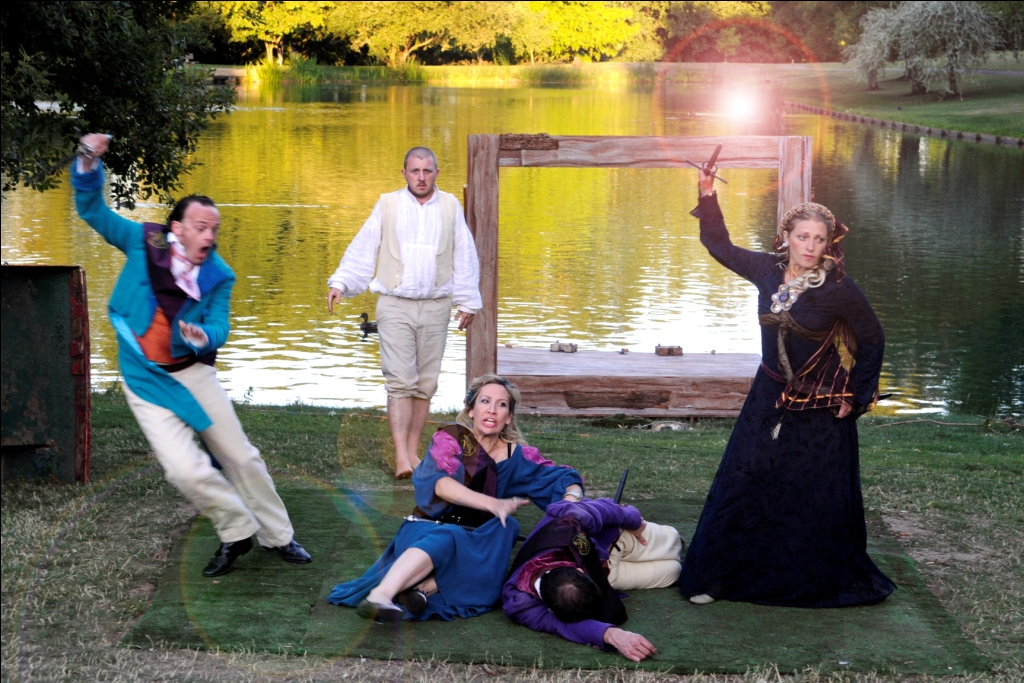 “Guildford Shakespeare Company seem to turn everything they touch to gold”

This proved to be our final summer at the University of Surrey lake, and it was certainly a memorable one, with our first performance of The Tempest.

The summer cast was joined by the brilliant Bill Ward to play Propsero. Bill had just finished playing Lancelot in Monty Python’s Holy Grail in the West End, and was best known for playing the notorious bad-boy Charlie Stubbs in Coronation Street.

Hannah Chissick and Susannah Henry teamed up for the first time to bring us a magical show, with a Victorian setting, drawing on inspiration from the pre-Raphaelite movement for colour and costume.

With a donation from the Eric Clapton Foundation we were able to enlarge our design to incorporate a raft that ‘magically’ took Ferdinand and Miranda off into the sunset at the end of the show.

“GSC have pulled off quite a coup...The strength of this production is undoubtedly the performances and for that alone it’s worth a trip to Surrey.”  What’s On Stage

“As darkness fell the lake became gunmetal and the sky streaked with violet. Thistledown fell silently from the willows and music hummed softly. A magical end to a magical evening.” Surrey Advertiser 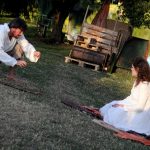 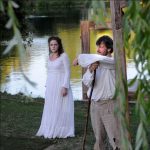 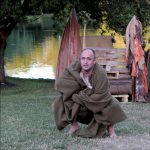 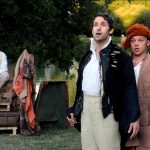 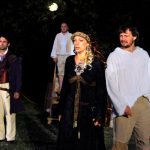 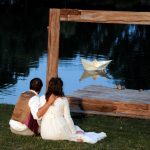 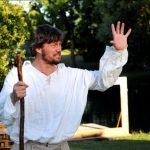