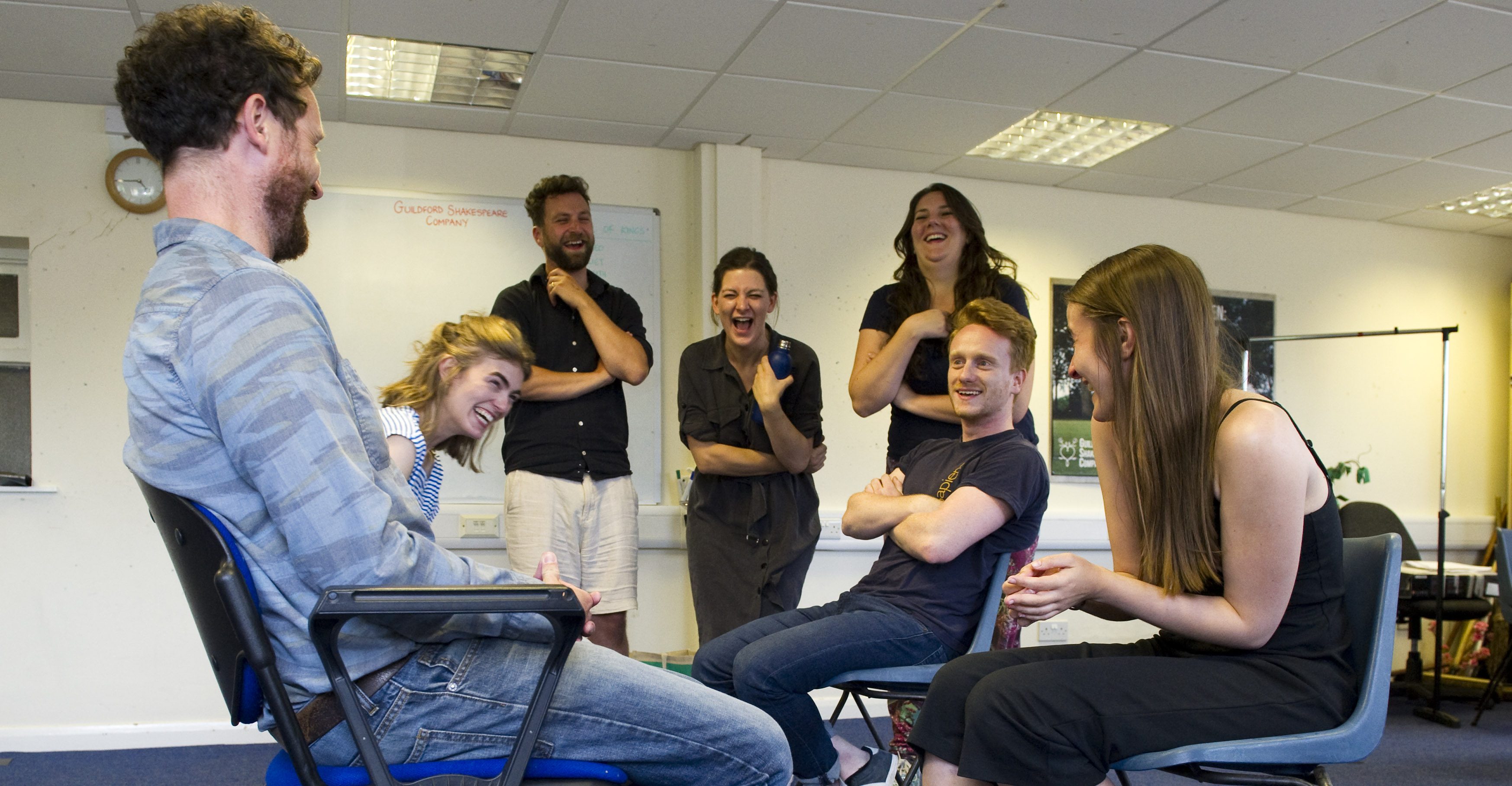 This September, we are delighted to be returning with an improved version of last year’s tour to less-advantaged schools in Surrey. The tour, which is completely free to access, will deliver the two most popular Shakespeare plays studied at GCSE, Macbeth and Romeo and Juliet.

The project, made possible by funding from The Geoff Herrington Foundation, will visit ten schools with an above average number of students eligible for free school meals. All participating schools in 2018 rated the overall programme 5 out of 5 and we’re confident this year will be even better. Our creative team is working extremely hard to ensure the schools are provided with a game-changing experience.

The tour is adapted, directed and designed by our professional team. Four actors will play multiple roles in both shows, wearing full costume on a touring set. The cast includes GSC newcomers, Leonora Cooke and Marco Young,  as well as Joanna Clarke, who returns for second tour after taking part in our staged reading of King John in April. Joining them will be Jack Whitam, who has played several roles for us, including Duke/Mariana in Measure for Measure and Mercutio in Romeo and Juliet.

Macbeth is directed by Ant Stones and takes inspiration from 1936, England’s ‘Year of Three Kings’. Romeo and Juliet is directed by Gabriella Bird and places the Capulet and Montague feud in modern-day Italy. Lucy Bond is designer for both productions, while Haruka Kuroda will choreograph the fights.

Each school will receive their performance on site for an entire year group and will encourage pupils to interact with the plays through small pieces of audience interaction. The actors will then remain at the school to run workshops for smaller groups. Teachers will also gain new skills, which they can take forward in their work.

“The performance is a fantastic opportunity for our students. Being able to watch a performance where they can see and understand how the characters change throughout the play and have a visual representation will really help to support them with their studies.” Mechelle De Salas, Head of English at Christ’s College Guildford.

The programme is supported by a specially written education pack, including cast-interviews to assist classroom learning. In 2018, Students greatly improved their confidence in the plays as performance pieces and speaking Shakespeare’s text. Their engagement in the classroom and ability to express their ideas increased.

The Play’s The Thing is part of Brave New World, GSC’s on-going programme of outreach projects, which seeks to reduce social isolation and assist disadvantaged schools and individuals across Surrey. For more details, visit our Outreach pages, or contact Ant Stones, GSC’s Head of Education.