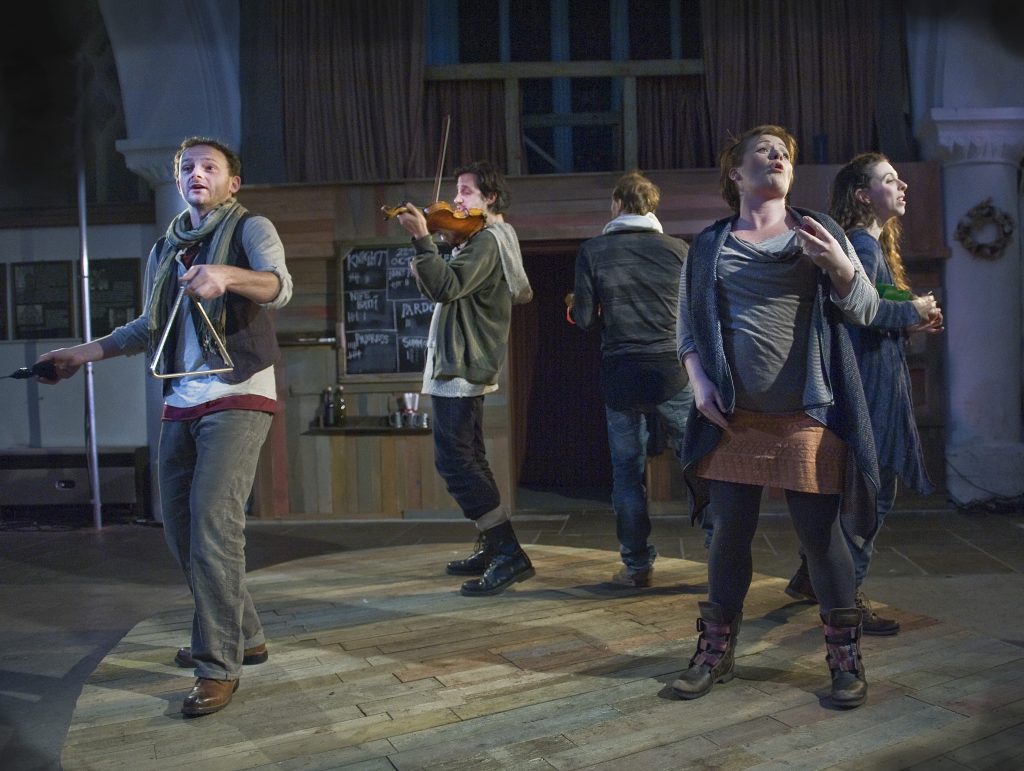 Autumn 2014 marked the completion of a long-held ambition for GSC: to become a year-round producing company, and our first Autumn season was a very special one.

We were very proud to premier this brand new re-telling of Chaucer’s The Canterbury Tales, devised entirely by the company.

Staged in Guildford’s oldest building, and a place of pilgrimage itself, St Mary’s Church played host to 2180 people, during the run of 20 performances.

Audiences came not only from Guildford and the surrounds, but we met people from Buffalo (upstate New York), Texas, Wisconsin, New Zealand, Finland, Germany, Dublin, Bath, Dundee and Shropshire, who had made their own pilgrimage to Guildford.

Featuring classical Shakespeare, original music, inspiration from 70s sitcoms, audience participation and even a ‘fart operetta’, this was a truly unique way to round off 2014. 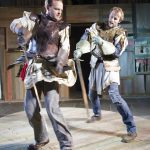 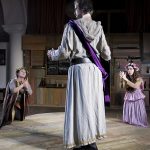 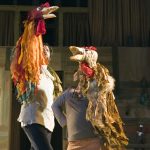 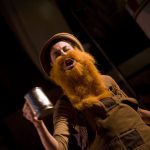 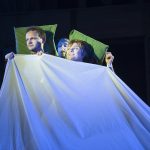 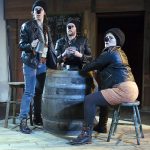 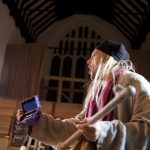