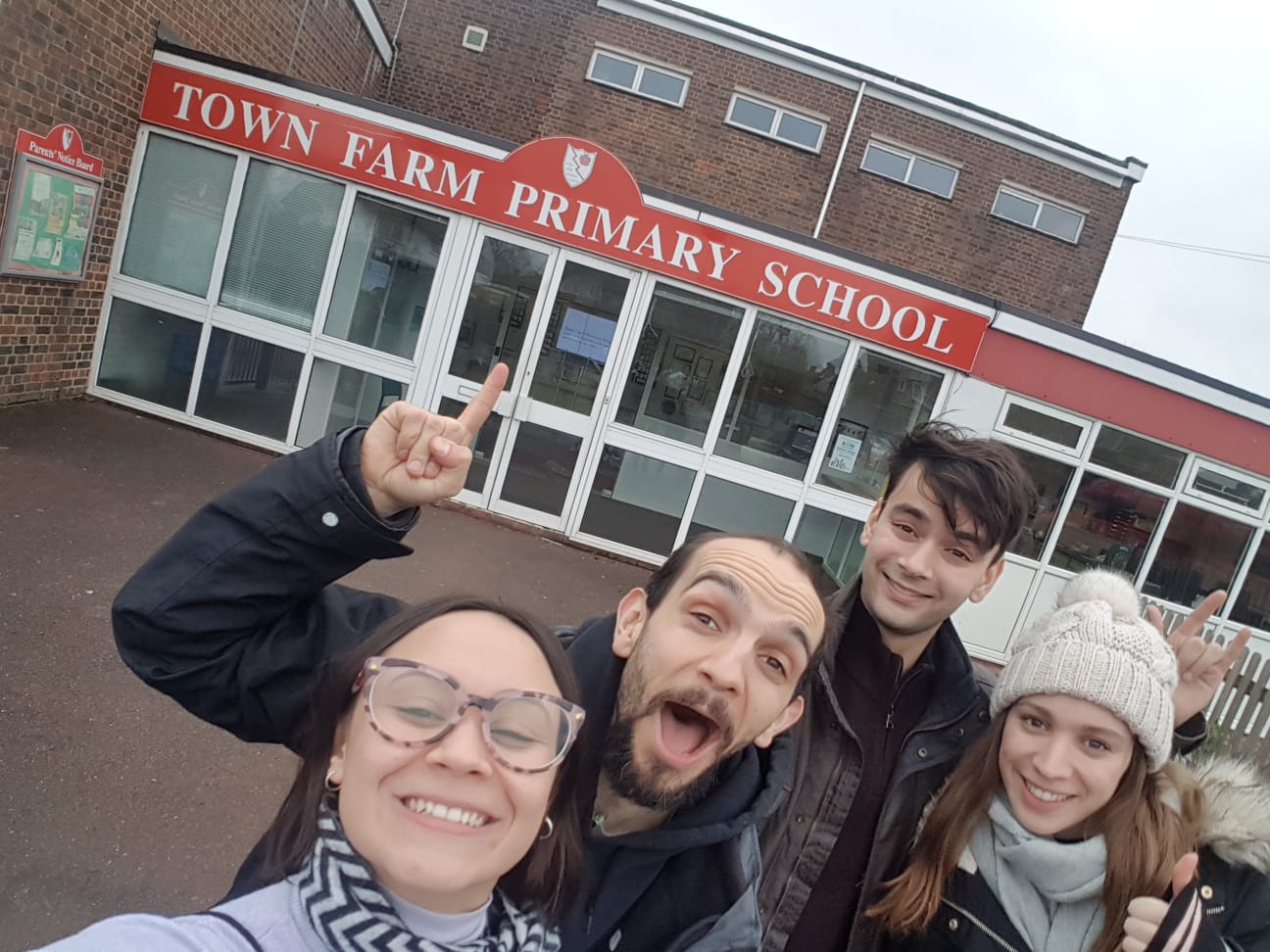 Our Delight cast have completed their performances of A Midsummer Night’s Dream and are now preparing to return to the schools after half term. They will run a series of workshops with all year 5 pupils, helping them to create their own version of the play. We caught up with them at the end of last week, to see how they were feeling about the project, so far…

Ant: You’re already well into the tour, with many performances under your belt. How has the show changed since you first started?

Dewi: The show has definitely become more familiar and grounded as it becomes more comfortable with us. This actually allows for a lot more freedom to play in the scenes and find new things! The characters for me have definitely developed a lot, with Snug being slightly braver but more obscure, Peaseblossom becoming more of a Hippie, and Hermia becoming stronger. It’s been great to see what the kids respond to with both story-line and interaction, so we’ve adapted each time.

Imran: I feel like the whole show’s become more focused. When we first started it was great, we had bags of energy and enthusiasm, but I think now we’ve properly harnessed that to make the production slick and polished. I definitely feel more grounded in my characters, and more comfortable to play and keep tinkering and finding new things. These last few days are slightly bittersweet as we’re onto the final few performances, but also exciting as we come back after half term and get to get all the students up and acting!

Ant: What are you most looking forward to with the workshops?

Sam: I always look forward to getting the kids to play around with their physicality and voice. It is a real joy to see a child who, up until this point has sat/stood politely and listened, upon being asked ‘what might this character move like/sound like’, instantly crease their face and hunch their back and do loads of really expressive stuff with their hands. That is when the work feels like play.

Ant: Do you think dream will have provide lots of scope for the children to play?

Imran: So much scope! Because there’s so much going on – references to classical Greek myths, supernatural fairies, slapstick comedy, love triangles, a play within a play – it’s almost like Shakespeare crammed as much as he could into one script! Three plays for the price of one!

Sam: Absolutely. There are so many types of Character. Heroes, Queens, Fairies, Mechanicals, Lovers, a Donkey! In addition to that we can play heightened emotions. How does an ANGRY Fairy move? How does a Lover who is rejected move? What happens to your body when you have the magic placed in your eyes? Play time is endless.

If you’d like to learn more about Delight Charity, the tour and our outreach work, please visit the Outreach pages of our website.