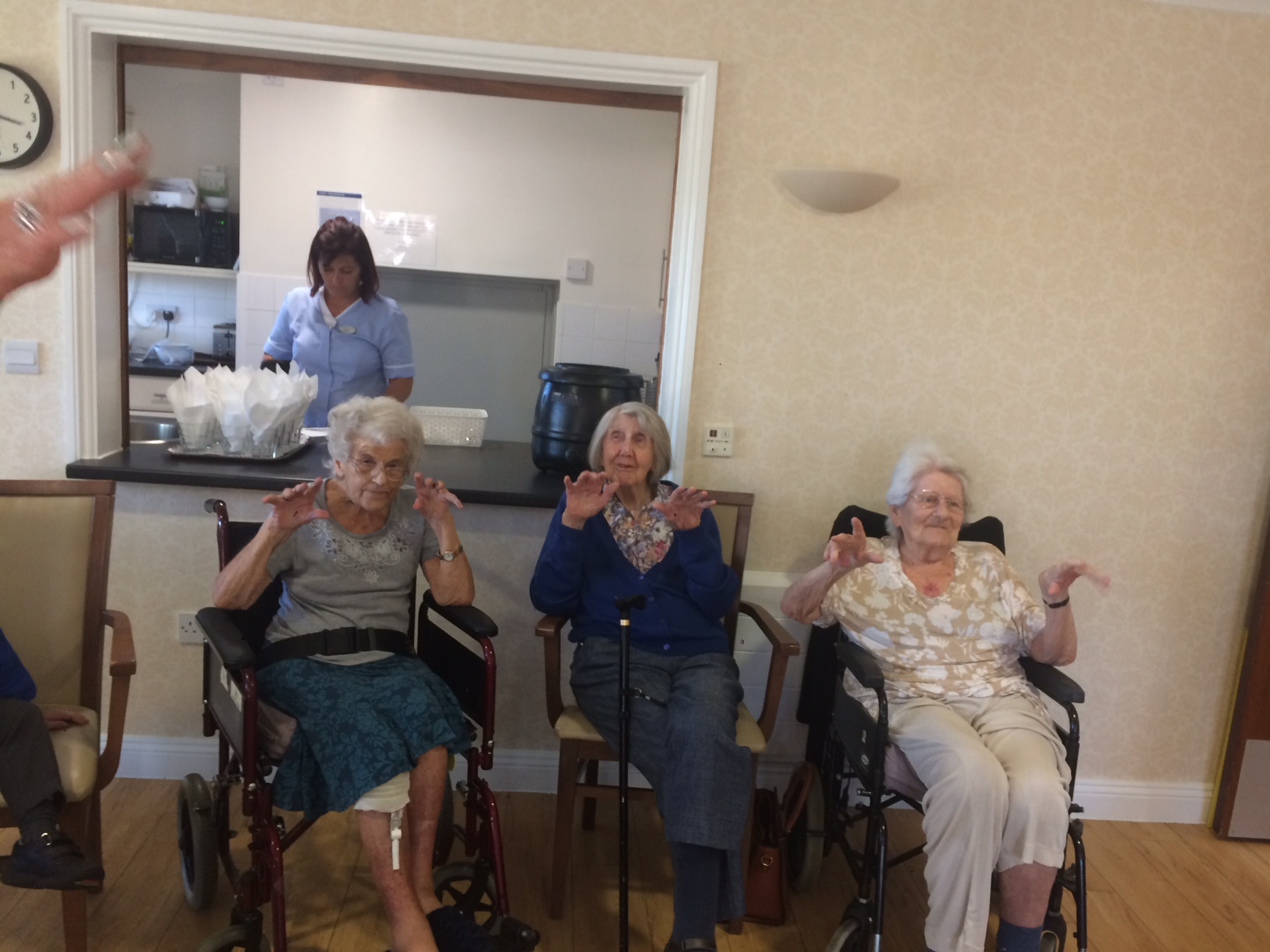 In week two of Spirit of Youth, Co-Founder Sarah Gobran discovers the many things that can be made from a piece of foam insultation tube, and Doris' inner fairy!

The first thing that greeted me at Spirit of Youth this week was the smiling 92-year-old Mary, who quoted the first few lines of Hamlet’s “To be or not to be” speech as I entered the room. All the adults were eagerly anticipating the arrival of the children.

“I was very sceptical about this last week” Irene told me, “but I really enjoyed it”.

Lee came bounding in a ran straight up to Fred. They were both clearly excited to see each other again, as both beamed in delight at being reunited. It was like watching grandfather and grandchild together.

This week, everyone was divided into groups of four, and asked to create team names. In teams, they had to use their imaginations to come up with three different things that a foam insulation tube could be other than a foam insulation tube. A member from each team then had to mime the object for the other teams to guess.

There were some excellent suggestions with Team “Romeo and Juliet” miming a Trombone, Team “Girl Power” miming a zimmer frame and Team “The Gummy Bears” miming a Butterfly. Elephants, snakes, violins, headphones and eagles were all imaginatively re-inacted. 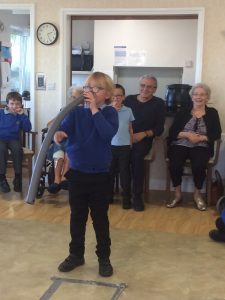 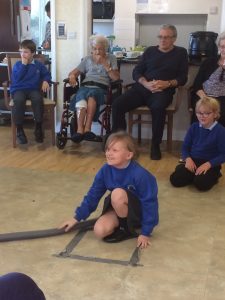 It was Bethany’s birthday which meant she didn’t have to wear her school uniform, so after a rendition of “Happy Birthday” and some birthday cake, and an excellent demonstration of how to “floss” from the young ones, we reminded ourselves of the first part of the story of A Midsummer Night’s Dream. 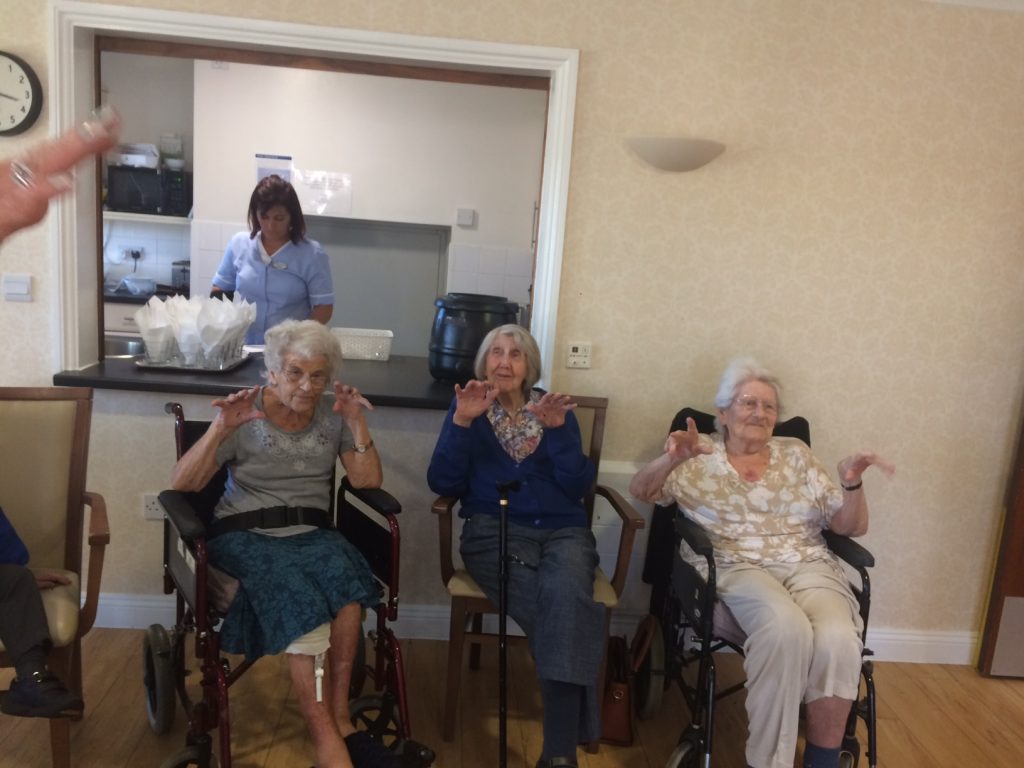 Here's Titania's fairies getting up to no good...Peaseblossom, Mustardseed and Cobweb...otherwise known as Doris, Gladys and Rose.

Before the end of the session we created tablaux, or 'live photographs' of key moment sof the play. Here's a brilliant picture of Mary, playing Snout the Wall, surrounded by the other Mechanicals - loving Dougie's interpretation of the frightened Flute! Can you spot the Lion crouched in the corner? 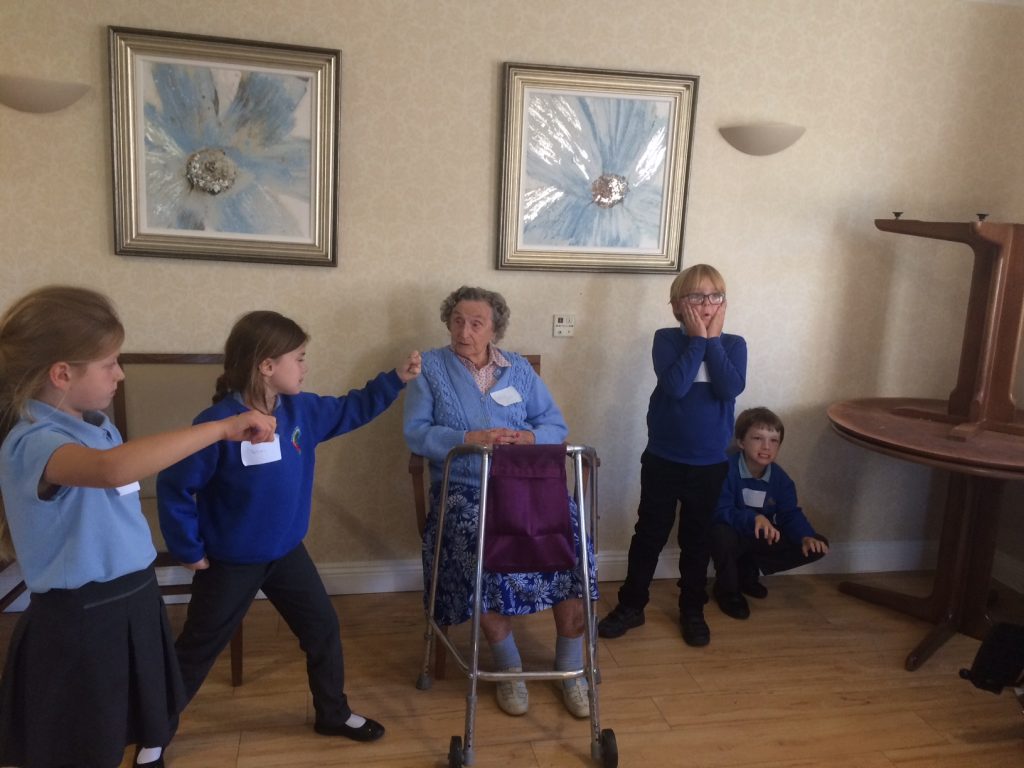