"A truly innovative performance in a fabulous location"

"More entertaining than the World Cup"

Whilst King Richard is away on crusade, Prince John rules in his name and raises taxes. In Nottingham, it falls to the Sheriff to ensure collection. As news spreads that more and more families are being evicted and imprisoned for non-payment, word reaches a small band of outlaws hiding in Sherwood Forest that the Sheriff’s work may not be all that it seems.

Will the outlaws discover the real intentions behind the Sheriff’s plan? Can Robin be the hero everyone needs him to be? Will Lady Marian be forced to marry to the Sheriff? And will Little John ever lose an arm wrestling contest?

Find out (and more!) in our rollicking family adventure written by GSC’s Associate Playwright Ant Stones (Grimms’ Fairy Tales, The Wind in the Willows).

Featuring all the classic characters – Little John, Marian, Scarlett, Friar Tuck – this new play also reaches back into the original folk stories of everyone’s favourite outlaw, for a family adventure not to be missed.

Following the overwhelming response from audiences last summer, we’re very excited to be returning to Racks Close (Guildford’s best-kept secret!) right in the heart of the town. Racks Close is a former chalk quarry, now beautifully overgrown into an idyllic natural amphitheatre. Perfect open-air entertainment for adults, families and children!

Meet the Robin Hood Cast (including the GSC Young Company!)

SALLY CHENG trained at GSA, and has just returned from a season at the RSC, appearing in Twelfth Night (with Adrian Edmonson) and A Christmas Carol.

CHRIS PORTER who returns to the company following recently touring with David Haig’s five-star play Pressure. Since his last outing at GSC, Chris appeared in Kenneth Branagh's Romeo & Juliet and film of Murder on the Orient Express.

PAULA JAMES played Portia in our 2017 5-star Julius Caesar. She has also worked at the Young Vic, Derby and York.

ROBERT MASKELL played the Porter and King Duncan in our 2013 Macbeth. He was also in the Yvonne Arnaud’s Cinderella as Baron Hardup.

The cast is completed by our very own Co-Founder and Actor-Manager SARAH GOBRAN.

...and joining the cast are members from our Young Company. Read their blog here

See the Blog post for more details and what items are being collected. 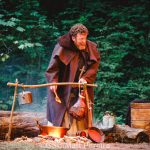 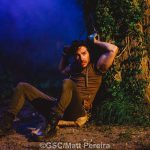 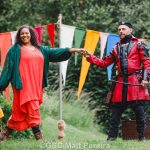 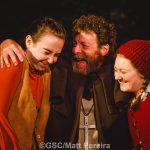 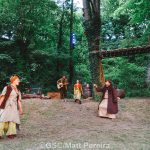 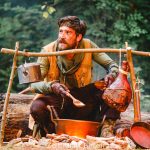 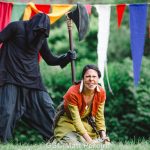 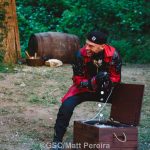 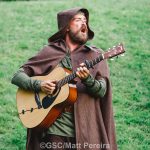 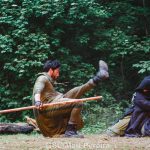 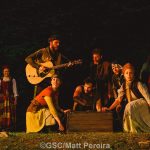 A sneak peek inside the Robin Hood rehearsal room

Who’s who in Sherwood Forest? The legends behind the legend.