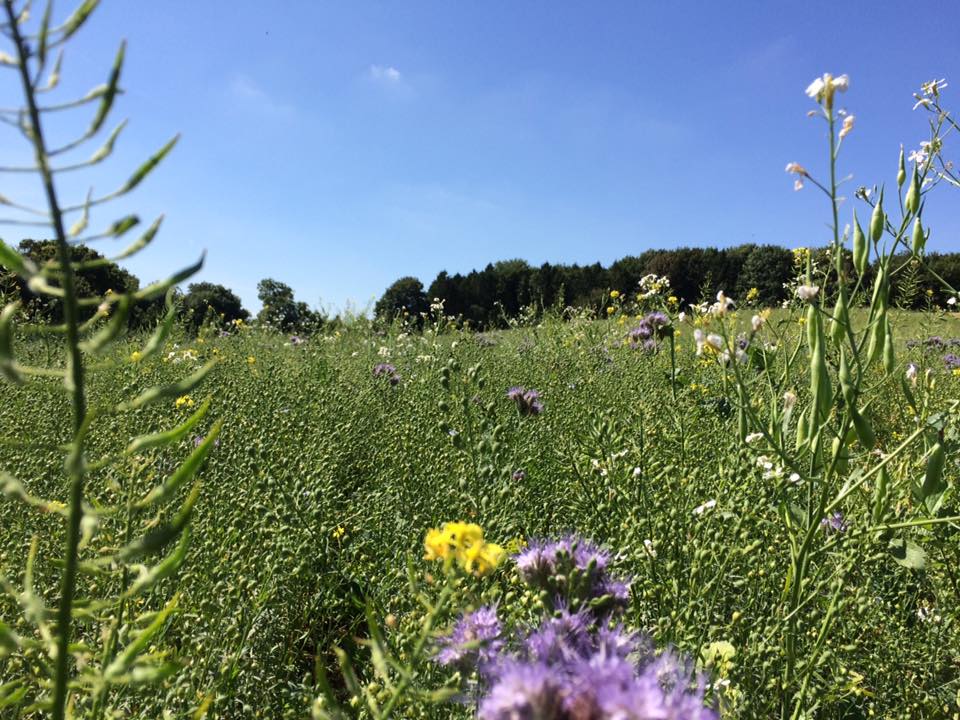 With the Bard Walk film about to be shown again (Weds 11 April, Cranleigh Arts Centre), it’s led me to think again about my 146-mile experience…

It’s been 18 months since I fulfilled my long-held ambition to walk The Shakespeare Way, and as we vainly look to the sky for a bit of blue, that balmy summer of 2016 seems even further away.

I learnt so much about Shakespeare the man on the trip, but my own distance from this simple event with the sole objective to walk feels akin to a bygone era, a hiatus in the business of day-to-day productivity. I wonder if Shakespeare felt the same 20 years on from his first journey?

We have absolutely no idea how he first got to London, anymore than we know how he became an actor and playwright, but all first adventures (mine included) cannot begin without a purpose, and that purpose is usually quite simple.

Mine was raise money for GSC’s New Beginnings Campaign, and to get to London in 9 days without busting my already dodgy ankle. Was Shakespeare’s as straight forward as getting to London without being robbed? Or even simpler, just to get out of Stratford? Family life in Henley Street was a crowded one. A house of three children, four brothers, one sister and two aging parents – let’s not forget that his father spent a great deal of the 1580s dodging fines and council duties – or maybe it was the very real prospect that if he didn’t ‘go for it’ he may just end up making gloves for the rest of his life.

“Homekeeping youths have ever homely wits” says Valentine to Proteus at the start of The Two Gentlemen of Verona, as the former prepares to leave the sleepy backwater of Verona for the bright lights of Milan. This is widely considered to be one of Shakespeare’s first plays – some suggest the very first – which if true, these opening lines provide a telling insight into the outlook of the writer at the start of his career.

Similarly, another ‘contender’ for Shakespeare’s first play – The Taming of the Shrew – has the central character of Petruchio declare his reasons for coming to Padua…

“Such wind as scatters young men through the world
To seek their fortunes further than at home
Where small experience grows” (Act 1, Sc 2)

It is fun to imagine how many times Shakespeare may have said those very words! His father had contacts in London from his time as a brogger (an illegal wool dealer), so could it be too hard to imagine Master Shakespeare doing has Petruchio does to Hortensio and turn up unannounced at the Wool Staple in Holborn looking for a family friend?

One of the things my walk brought home to me was the distance from you were from your family 400 years ago. Nine days to get back home (3 or 4 by horse) means that communication is not the easiest. I’ve not been back to Stratford-upon-Avon since I left on 13 August 2006, and it’s quite possibly that Shakespeare spent similar, if not longer, stretches of time away from home. Not seeing your family for an indeterminate length of time is a sobering thought.

It is very possible he only knew about his son Hamnet’s death after the event. Hamnet died in August 1596. King John, written in the same year contains these achingly sad lines about the loss of a son…

“Grief fills the room up of my absent child,
Lies in his bed, walks up and down with me,
Puts on his pretty looks, repeats his words,
Remembers me of all his gracious parts,
Stuffs out his vacant garments with his form;
Then have I reason to be fond of grief.” (Constance, Act 3, Sc 4)

As well as wonderful memories, my walk continues to provide me with new insights and ways of looking at Shakespeare’s work. There is so little known about the man himself – his thoughts, fears, cares and reasons for the choice he made, and it is by looking at the world around him and the times in which he lived that I feel I can get just a little close to ‘the soul of the age’.

You can book tickets for the Bard Walk film showing here.