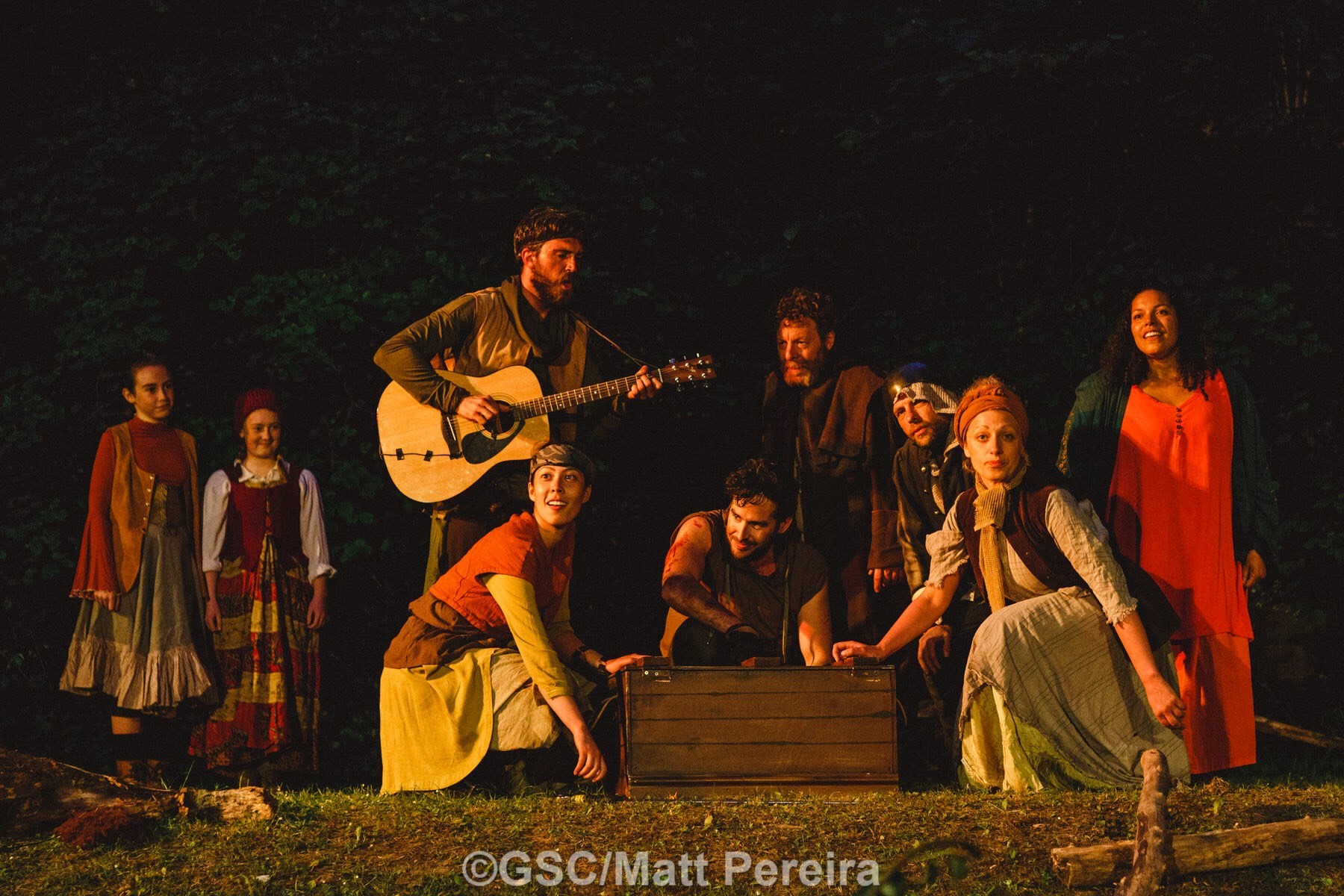 Last week The Stage reported of a slump in regional theatre audience attendance figures in 2017, and the fact that it could be linked to rising ticket prices. Here's the full article.

Below was our response to this article, which didn't make it into the printed in the paper.

It is sad and very worrying to read the latest figures from UK Theatre, that there has been a record slump in regional theatre audiences, and yet perhaps not a surprise when regional theatre is so marginalised.

Alistair Smith, in his editorial column in The Stage, absolutely hits the nail on the head when he observes that it is crucial that local audiences must be nurtured and cherished, because that is the key to bucking this downward trend and invigorating regional theatre.

Over the last 12 years at Guildford Shakespeare Company, we have discovered that our audiences have embraced our output because they want to have a pride in their own community. We are currently using a hashtag #locallymadelocallyplayed, to help emphasise that GSC'swork is made on the doorstep, and by audiences buying our tickets they are in turn supporting their own local economy.

I am very proud that our audience numbers have continued to rise every year, whilst at the same time we've increased the number of jobs we create for artists (113 in 2017), despite being reliant on an income that relies on 80% of ticket sales...and I believe that is because we have proven ourselves to be a value-for-money entity that has a commitment to our collective society.

We do have people asking about ticket prices (ours range from £15-£25), and we would love to offer £10 tickets, but once we explain that a show costs around £100,000, we are paying 15 people's wages and we receive no core or local funding, they are much more supportive. Once upon a time regional theatre was the heart and soul of British theatre. Every town had a venue that made its own shows, where the creative teams lived and worked for the duration of the season. As a result, the theatre's work was tangible, it meant something to the people who lived there. More and more theatres are becoming receiving houses, selling shows that are made in an invisible world somewhere else. Booking surcharges do not help either.

I would suggest that the reason the West End continues to buck the trend in box office and audience figures is because large commercial investments are made to ensure a success. However, in doing so, the promotion of these 'must-see' shows, with high ticket prices, becomes the thing that regional audiences gravitate to, in lieu of locally made theatre. The knock-on effect is that as commercial producers are under pressure to do more, which naturally necessitates more expensive tickets, so audiences' expectations increase - to a point where a gulf opens up between what is possible in London and regionally. Whilst providing many with the opportunity to experience a potentially inaccessible show, the increased access to NT Live across national cinemas also challenges regional theatre, where a ticket costs the equivalent.

A re-invigoration of theatre-going outside of London is needed (and I would argue is wanted), but I don't believe ticket pricing is the only issue. As I mentioned in my previous letter to The Stage (17 May), until the media and funding bodies stop being so London-centric and top-heavy, regional theatre will continue to battle local audience perceptions because of lack of education and investment in our sector. With more investment, more can be produced; with more being produced, more notice is taken; and with awareness, will enable more opportunities to create more affordable tickets.

Let's make it locally, play it locally and tip the balance back into our industry's, and our communities', favour.