This February, we’re returning to the wonderful Holy Trinity Church on Guildford High Street, for our 44th show, MACBETH. It’s also where we staged our last production of The Scottish Play in 2013. Back then we spoke to the Rector Robert Cotton about the prospect of the church hosting Shakespeare’s supernatural thriller, and why he welcomed this “profoundly spiritual and moral play” into his church. 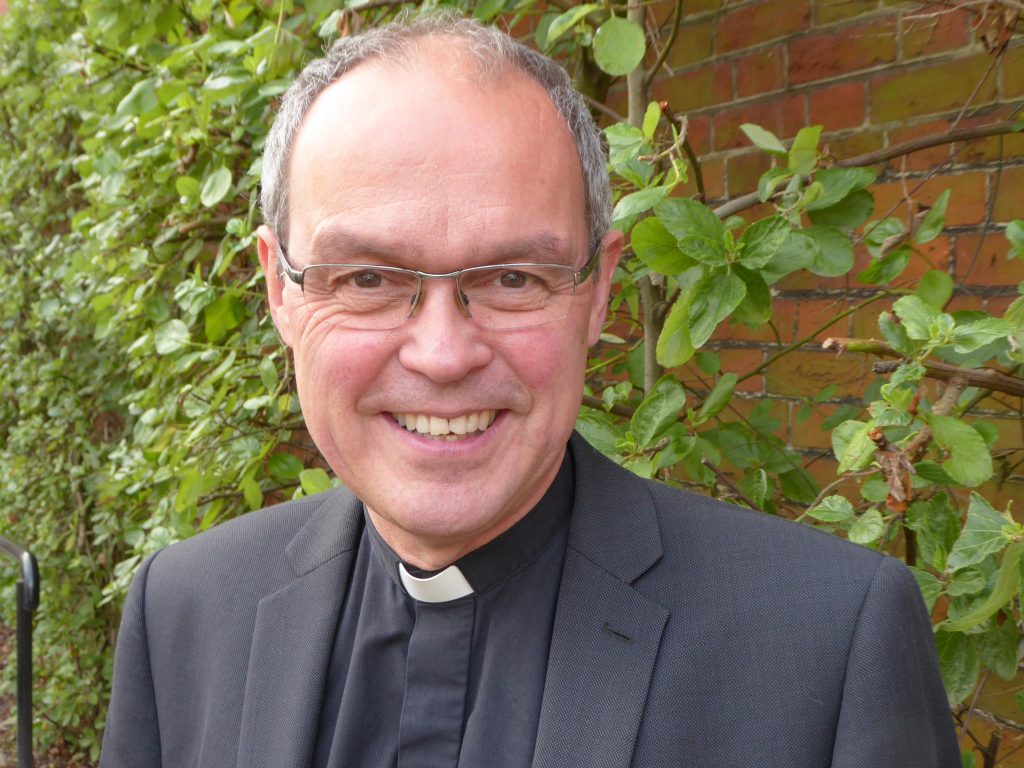 It has been a real pleasure hosting their productions over the last few years.  Not only are they a superbly creative and energetic company, but their productions always make excellent use of the venues where they perform.  My appreciation of Shakespeare acted inside our church has been taken to another level since they have enabled me to make connections between Shakespeare’s drama and the Christian narrative.

For example, Romeo and Juliet is a good counterbalance to Paul’s familiar poem about love in 1 Corinthians chapter 13.  The story of the star-crossed lovers shows us that the path of love – described and extolled by Paul – may be less straight-forward and more tragic than he acknowledges.  And last year, to watch Richard the Third in the midst of the Arab Spring was awesome.  The play shows us how tyranny damages the humanity of all subjects, and not merely the tyrant alone.  I found it very moving to watch this play on one day, and on the next day to be praying in the same place for the people (and tyrants) of various middle eastern countries.  And now Macbeth?  Eyebrows were certainly raised as we agreed to host the Guildford Shakespeare Company’s production of this in 2013.

Macbeth is his darkest tragedy with few redeeming features.  The presence of the witches from the start creates a spiritual framework that seems at odds with Christian belief.  But I have never gone along with the theatrical superstition that refuses to call the play by its proper title, referring to it as “the Scottish play”.  For me, it is a straightforward exploration of moral character; it was the first Shakespeare I ever read; it was the first school play I acted in.  As a teenager I could recognise how powerfully the spiritual forces are portrayed, and recall as a young actor the feeling of being caught up in something so much bigger than myself.  Yet I have never felt threatened by that.

Indeed, the importance of not giving others power over yourself is one of the “messages” I hear from the play.  Vaulting ambition and the witches’ prophecies have to be acknowledged as strong forces; but Macbeth allows those to give direction to his life, rather than choosing to correct, subdue or challenge those forces.  I resist seeing the witches as evil forces somehow opposed to Christina belief in a benign Maker.  Whether the witches are psychological apparitions or somehow real, their prophecies are mere words until Macbeth chooses to imbue them with more power, forcing himself into creating their fulfilment.  Macbeth gives space in his soul to the Other, so that it becomes more real than it originally was.  Sadly I have witnessed such patterns of behaviour in my pastoral work as a priest over many years.

So Macbeth is a profoundly spiritual and moral play, not merely because of its ‘happy ending’.  We are forced to see, through the unfolding drama, the consequences of our actions.  There is no room for the Superhero who can master all that is around him; for each of us, we need to recognise ourselves as actors in a spiritual world – not pawns, nor mere tools of forces bigger than ourselves, but as those who are able to choose light rather than darkness.