THE WIND IN THE WILLOWS

Perfect for grown-ups too... as Matt (Mr Toad) explains below

"The most brilliantly entertaining evening I have had in a very long time... charming, hilarious, engaging and heart-warming" Audience 2015

In association with Yvonne Arnaud Theatre and Jerymn Street Theatre, and supported by Guildford Rocks and KGW Family Law

Following the runaway success of our Murder Mysteries, we've joined forces with our friends at the Yvonne Arnaud Theatre and Jermyn Street Theatre, London, to bring our 2015 adaptation of Kenneth Grahame's endearing classic to a small screen near you!

Join the enchanting Ratty, Mole, Badger and reckless Mr Toad, as they do battle with the wicked Chief Weasel and sly Mr Fox. Motor-cars, boats and the battle for Toad Hall are all re-imagined in this unique LIVE performance. Luncheon baskets at the ready!

ANT STONES' adaptation, will feature a cast of six actors and is directed by TOM LITTLER, who directed the original five star production. Award-winning Sound Designer MATT EATON is also on board to help bring the Riverbank to life, along with Fight Director PHILIP D'ORLEANS who will be choreographing the final battle for Toad Hall.

The 75-minute show will also include elements of audience participation ensuring the immersive style of our work continues on this new platform.

ROBERT MOUNTFORD plays Ratty, who most recently appeared as Parolles in our 2019 Autumn co-production of All's Well That Ends Well with Jermyn Street Theatre, and was also Polixenes in 2016's The Winter's Tale. SALLY CHENG, who takes the role of Mole, was last with GSC in the summer of 2018 playing Scarlett in Robin Hood and Moth/Katherine in Love’s Labour’s Lost.

Reprising their roles from the 2015 production, we're delighted to welcome back CHRIS PORTER as Badger (Love’s Labour’s Lost, Robin Hood, Julius Caesar, The Winter's Tale, Othello, The Taming of the Shrew, Twelfth Night, Henry V), and  JOHANNE MURDOCK as Chief Weasel (Julius Caesar, The Taming of the Shrew, A Midsummer Night's Dream, The Merry Wives of Windsor, Hamlet, Richard III) .

Revisit the original 2015 production and trailer

Tickets strictly limited, and full instructions will be given. Unlike with the Murder Mysteries, there will be no break-out rooms, but there will be some audience participation!

"GSC’s innovative approach to live performance in lockdown offers a wealth of examples of how theatremakers can use platforms like Zoom as a performance space to create theatre in lockdown." Ben Broadribb, Medium.com 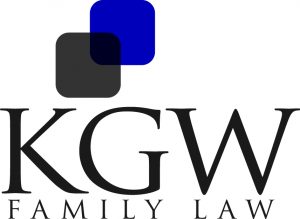