Throughout 2020 and the coronavirus pandemic, GSC continued to produce live original shows for our audiences.

These included interactive Murder Mysteries, The Wind in the Willows, A Midsummer Night's Dream and our Young Company's Measure the Merry Night. In total over 3300 households tuned in to a GSC live show in 2020. Audiences joined one another from all over the UK and the rest of the world including Germany, France, Helsinki, Dubai, South Africa, Canada, Australia, USA, New Zealand, Singapore and Japan. 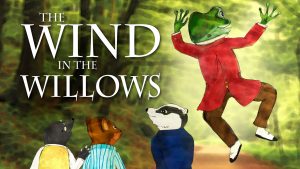 Our first online show in May was a re-imagining of our 2015 hit family show, The Wind in the Willows. It was directed once again by Tom Littler, and featuring Philip d'Orleans' climactic Battle for Toad Hall to Ravel's Bolero.

The 6-strong cast all performed in their own homes, and featured 2015's cast members Chris Porter, Johanne Murdock and GSC's Matt and Sarah, along with Robert Mountford and Sally Cheng.

Watched by over 600 households around the world, the show also garnered a nomination in the Off-West End OnComm awards. Produced in association with Jermyn Street Theatre.

Watch the Behind the Scenes Film 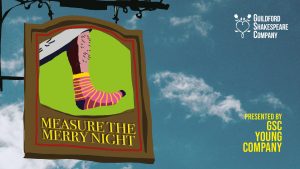 Next up in August it was the turn of the GSC Young Company and their postponed April production of Measure the Merry Night. This was a retelling of 3 plays from the main company's 2019 programme, Measure For Measure, Merry Wives and Twelfth Night.

Once again performing in their own homes, having spent the final half of the Spring term also rehearsing online, this was a massive achievement for our flagship drama group, and a testament to their talents.

Over 100 households watched the two performances, bringing families together from across the miles to see family members. 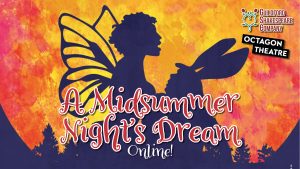 In September/October we joined forces with Octagon Theatre in Bolton to re-imagine our hit 2017 production of A Midsummer Night's Dream for online audiences.

It was a joy to work again with the 2017 show's director Lotte Wakeham, who is now Octagon's Artistic Director. Here she is discussing the online show. We also brought back cast members Emma Fenney and Jack Whitam, along with GSC's Sarah and Matt, who were joined by Nathan Ives-Moiba and Misha Duncan-Barry.

Between the two companies, over 500 households across the globe enjoyed Shakespeare's wonderful comedy.

How did we do it? Watch Behind the Fairy Bower film