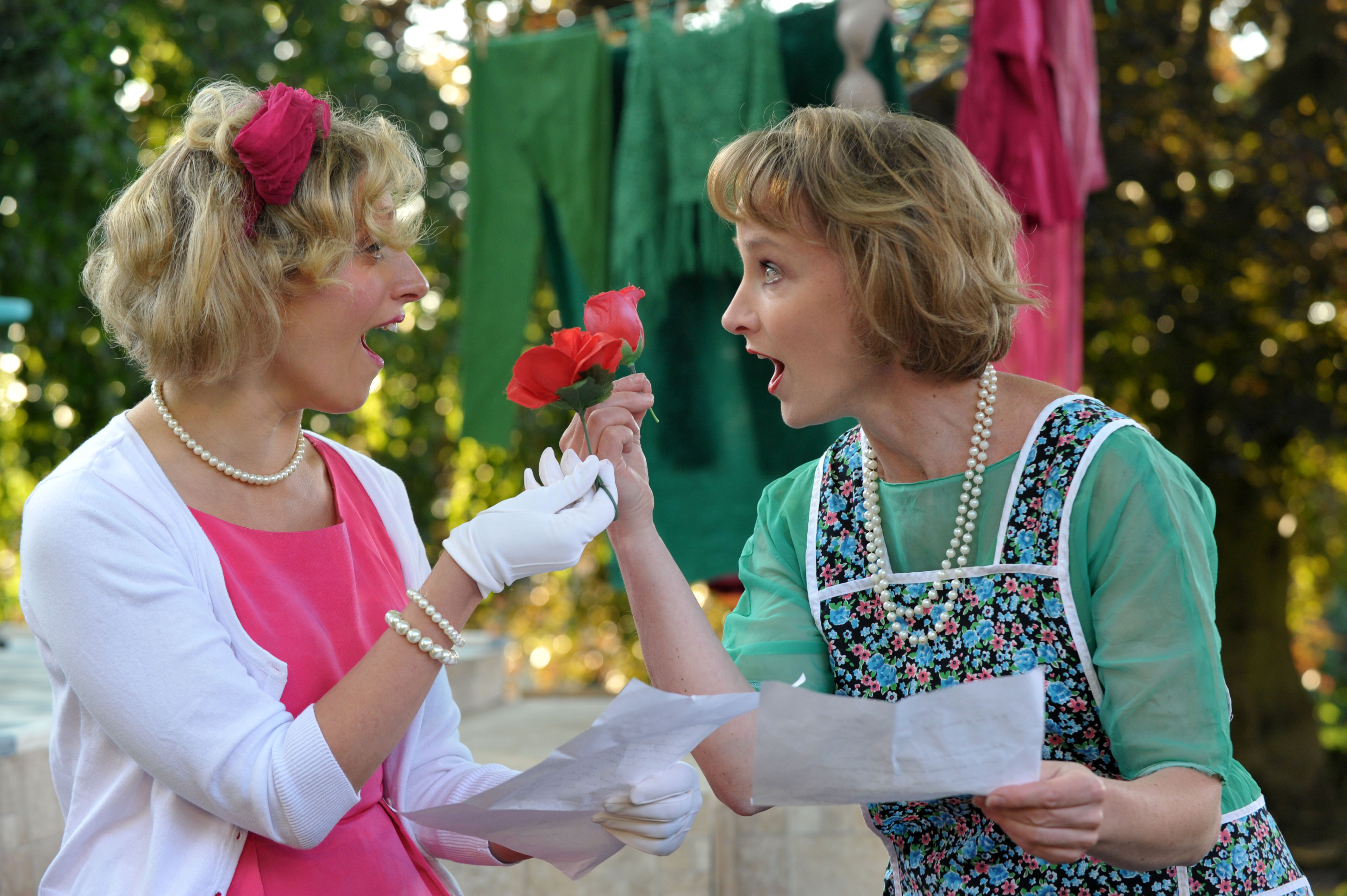 Unfortunately for Anne, Slender is her father’s choice, and Dr. Caius is her mother’s choice. Dr. Caius, meanwhile, intercepts the note from Evans and anxious to preserve his honour, he challenges Evans to a duel. The Host of the Garter Inn prevents the duel by misdirecting the participants.

Meanwhile the old rogue Sir John Falstaff, down on luck and cash, hatches a scheme to raise funds. He will seduce Mistress Ford and Mistress Page in an attempt to get their husbands' money. He writes them both love-letters, asking his fellows Nym and Pistol to deliver them who decide to take revenge on him by telling their husbands of the letters.

Page dismisses the matter, but Ford is suspicious of his wife’s fidelity and decides to test it. He asks the Host to introduce him to Falstaff as ‘Master Brook’.

The two wives compare their letters and decide to teach Falstaff a lesson. They will work together to encourage his affections and then humiliate him.

‘Brook’ persuades Falstaff to act as a go-between to Ford’s wife on his behalf, and when he learns about the appointment Falstaff has already made is furious and resolves to catch him and his wife ‘in flagrante’. Falstaff is in the middle of expressing his love to Mistress Ford when Mistress Page brings news of Ford’s approach. Falstaff escapes by hiding in a laundry basket and is dumped in the River Thames. Ford finds no trace of Falstaff in the house, much to his exasperation.

The following day, whilst questioning Falstaff about what happened at the meeting, ‘Brook’ learns about a second invitation that the wives have made to Falstaff. Once again Ford arrives to catch them in the act, but this time Falstaff escapes disguised as the Old Lady of Brentford.

The wives tell their husbands what has happened, and all four decide to punish Falstaff. They persuade Falstaff to disguise himself as Herne the Hunter and meet them at night in Windsor Park under the Great Oak Tree. Here they plan to frighten him with everyone dressed as fairies.

Page decides to take advantage of the occasion by having Slender elope with Anne, whilst Mistress Page makes a similar arrangement with Dr Caius. Fenton arranges with the Host to take Anne.

During the event, Slender and Dr Caius elope with boys by mistake, and Fenton finds and marries Anne.

Falstaff is suitably scared by the sight of the fairies and begs forgiveness for his misdemeanors, and everyone reveals themselves and Falstaff is forgiven. Fenton and Anne return as man and wife, and the Pages accept the marriage.