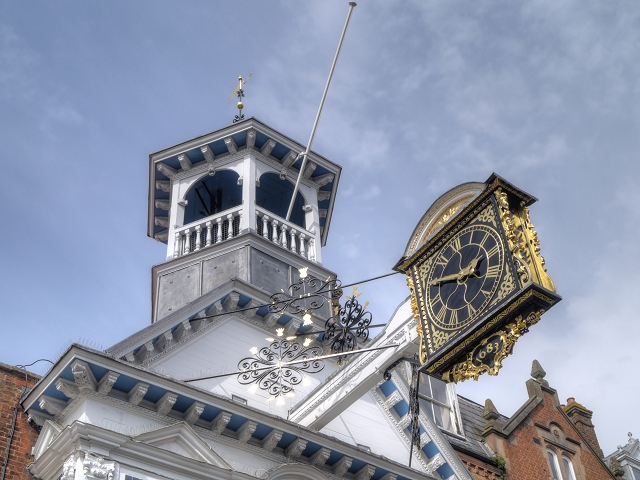 Now in its third year, Our Young Company are preparing to perform another brand-new play, to be presented at Guildford’s Guildhall, as part of Will’s Birthday Bash. The Company devised the story and its characters over several months, influenced by the three plays in 2018 Season; Romeo and Juliet, Love’s Labour’s Lost and Alice in Wonderland. The result is Love and Wonder, an exhilarating mash-up of forbidden love, riddle-speaking animals and a murder mystery with a spectacular courtroom-trial finale.

Love and Wonder will receive its debut performance at Guildford’s historic Guildhall. The building is beautiful in its own right, but it also fits the themes of our play perfectly. Inspired by our recent production of Alice in Wonderland and its adventurous staging, the play will utilise the full space of this famous landmark. Audience members will be directed to various locations within this beautiful building, as they watch a myriad of exciting scenes. Our young actors will be able to play their bickering kings and queens under stained glass windows bearing Elizabeth I’s coat of arms and flee from Royal Decrees under the watchful eyes of King Charles II’s portrait. Not only that, but the final courtroom drama will reach its climax in the ancestral home of Surrey’s Court of Law.

Love and Wonder is written by our very own Associate Playwright, Ant Stones (Alice in Wonderland, Robin Hood, Grimms’ Fairy Tales) and is directed by Francesca McInally after the success of last year’s Midsummer in Romona at St. Mary’s Church. In addition, each member of the company has been given a GSC mentor, taken from our professional company, who provide one-on-one acting sessions.