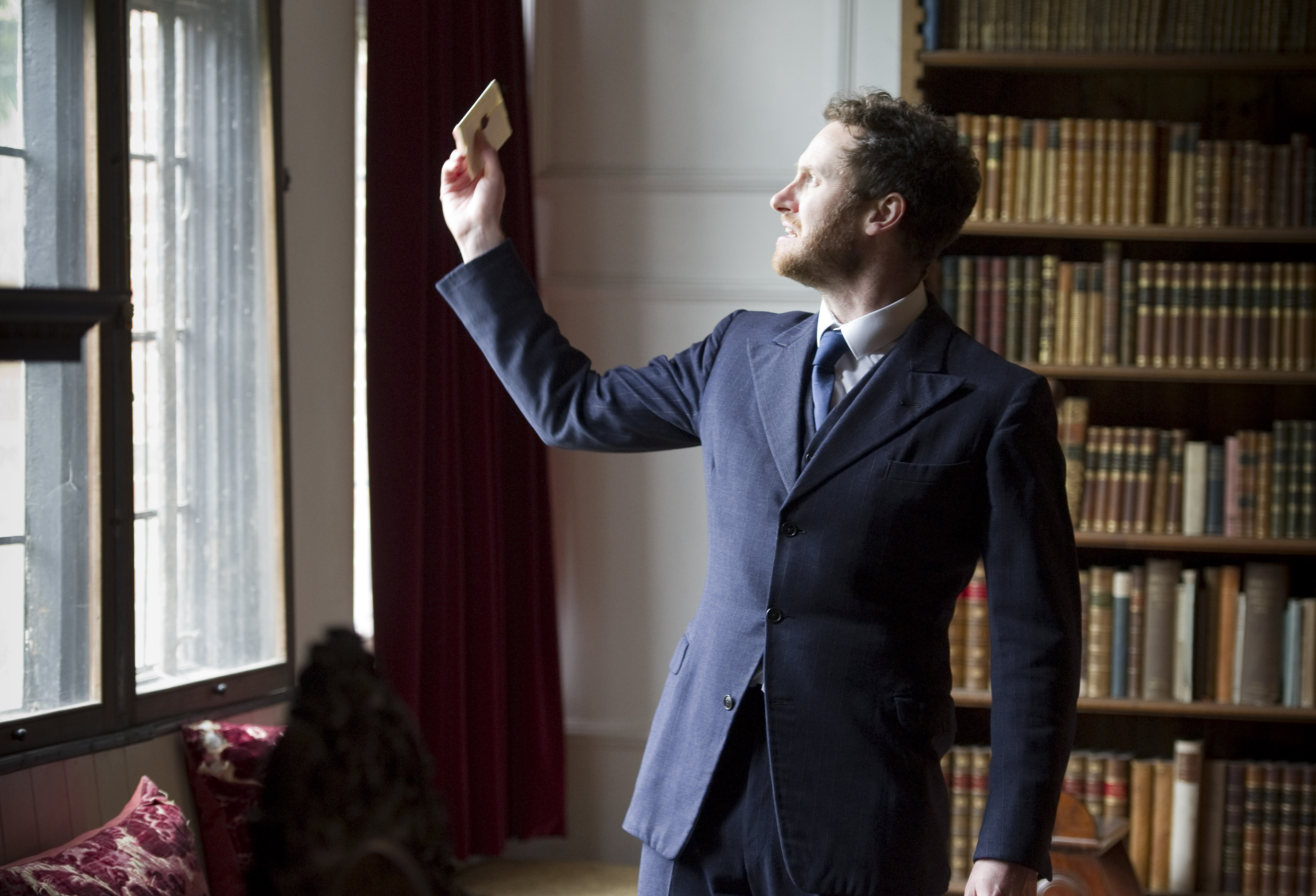 This weekend we opened our week of events celebrating William Shakespeare’s 454th birthday with our 7th Sonnet Walk Weekend.

This time the setting for these treasure hunt-like promenade theatre experiences was the historic West Horlsey Place just outside Guildford. The former home of the Duchess of Roxburghe, the house and gardens was bequeathed to her great nephew Bamber Gascoigne in 2014 upon her death. Mr Gascoigne has since turned the house over to the Mary Roxburghe Trust to restore and rescue the Grade I listed house, with the aim of establishing a vibrant centre for the performing and visual arts, and the teaching of crafts.

GSC was introduced to the house and Trust in the middle of last year and knew instantly that this would provide huge scope for a GSC production, and the Sonnet Walk Weekend seemed to be the ideal choice for a first project.

Our idea was to create 12 scenes around the house, whose characters could all conceivably live in the house together. From porters to maids, gardeners to ghosts, and the ladies and gentlemen that ‘owned’ the house, our characters were given a loose 1930s feel, invoking the atmosphere of the house in its pre-war era.

Here’s just a couple of examples of what we created:

Using Sonnets 22 and 25 we created one of the more extraordinary stories from the house’s history. After Sir Walter Raleigh was executed in 1618, his head, rather than being put on a spike on London Bridge, was smuggled away to his wife, who embalmed it. West Horsley Place was purchased by Lady Raleigh’s brother in 1643, who died shortly afterwards, bequeathing it to his nephew, Raleigh’s son, Carew Raleigh (who 13 when his father was executed). Lady Raleigh went on to live at WHP until her death in 1649, and it is said that she carried the bag with her husband’s head in everywhere she went. After her death the head was kept in a cupboard, until her grandsons, also called Walter and Carew, both died in 1660. The head was buried with them in St Mary’s Church across the road from WHP. Legend says that the bag hanging next to the fire place in the Drawing Room was the original bag the head was kept in!

So our performance was staged in this room with our character being the ‘lady of the house’ talking to her beloved before she goes out to a party. See photo 4.

Another character we wanted to explore was that of Henry Courtenay. He owned West Horsley Place for a short time and was the cousin and childhood friend of Henry VIII. The King visited WHP in the late 1530s (our Mistress Quickly character in the kitchen a nod to the huge menu created for the King’s visit). However, Courtenay and his wife (who is recorded as singing scurrilous songs in the gardens) were Catholic sympathisers. It is said that in the gardens, Thomas Cromwell, Henry’s chief minister, came to the house to arrest him. He was executed in 1539.

Our performance transformed Thomas Wolsey’s speech from Henry VIII, after he has just been arrested and is advising his friend Cromwell about the dangers of over reaching one’s ambitions, into a more cynical reaction to his arrest, as if speaking to those arresting him. (photo 9)

We also wanted to make a reference to Macbeth on the walk. This play was written in the aftermath of the Gunpowder Plot, and a former WHP resident was actually implicated in the Plot, so it seemed natural to include this somewhere.

Following his loyalty to Mary I, Sir Anthony Browne was created First Viscount Montague. Despite falling in and out of favour during Elizabeth’s reign for his Catholic sympathies, when he fell ill in 1592, the Queen came to WHP to visit him. Upon his death, his son became the 2nd Viscount Montague and as a Member of Parliament he was implicated in the Gunpowder Plot and imprisoned in the Tower; the evidence being that he was absent on the day of the intended assassination. He was later acquitted of all charges in 1611 and died at WHP in 1629.

Our ‘Macbeth/Montague’ delivered the “If ’twere done when it is done, then ’twere well it were done quickly” soliloquy from Macbeth in the evocative library of the house. (photo 6)

For all the pieces we used and the actors’ names visit the main page on the website, and download the pdf.

Our actors were truly fabulous in bringing these wonderful words to life again, and it was amazing to have almost 400 people experience both Shakespeare and a house’s hidden history up close: the perfect way to mark Shakespeare’s 454th Birthday…who continues to share his ‘gifts‘ with us everyday, even on his Birthday! 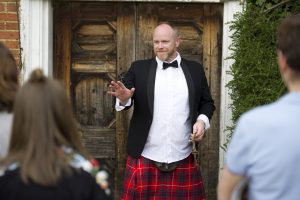 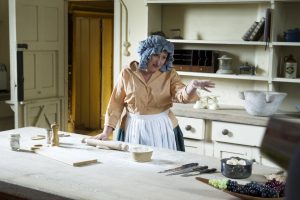 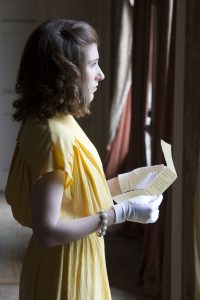 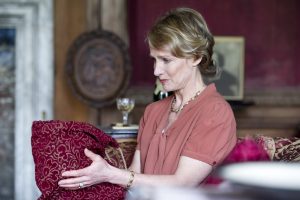 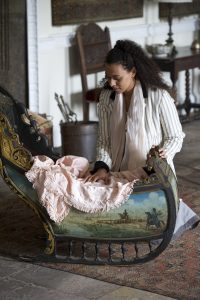 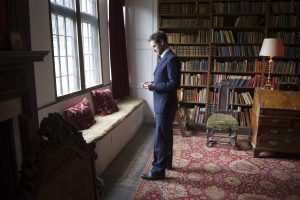 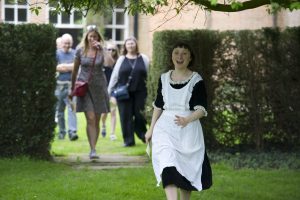 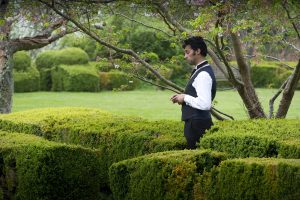 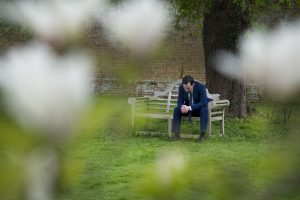 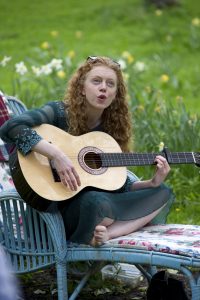 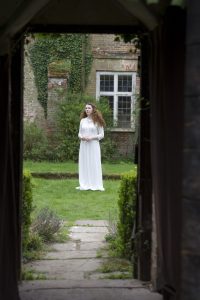 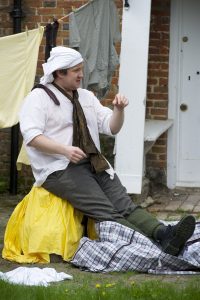