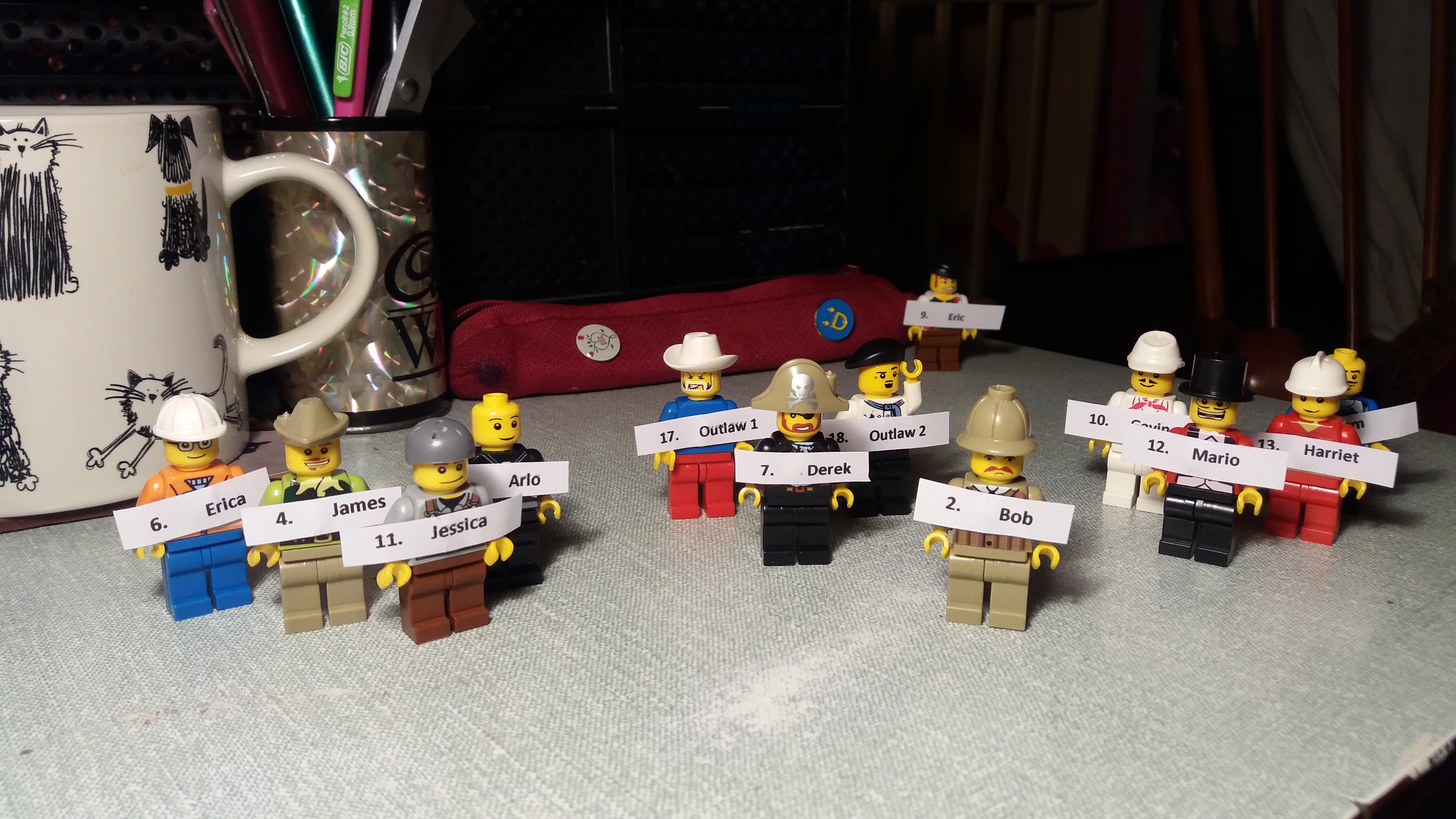 In a week’s time, the Young Company will begin the read-through of their new script. They’ll rehearse the play over the next few months and, in April they’ll perform the play as part of our Will’s Birthday Bash. Before all that, though, these little Lego men get an exclusive peak at the script in progress…

We set the Young Company up in 2016 to replicate the work of our professional companies. We take the Shakespeare plays performed in our professional season and create a ‘mash-up’ of all their stories and characters to create a brand new production. The company produce the ideas and I have the challenge of trying to put them all down on paper.

Check out the synopsis of last year’s The Tale About Errors.

So why the Lego men? Well, I find it’s the easiest way to make sure characters stay in your mind while finishing the script. You don’t want to get to rehearsals only for the director to realise an actor is meant to be playing two parts on stage at the same time. That and it’s amusing to see your cast of fairies, conspirators and outlaws as represented by the two inch Village People.