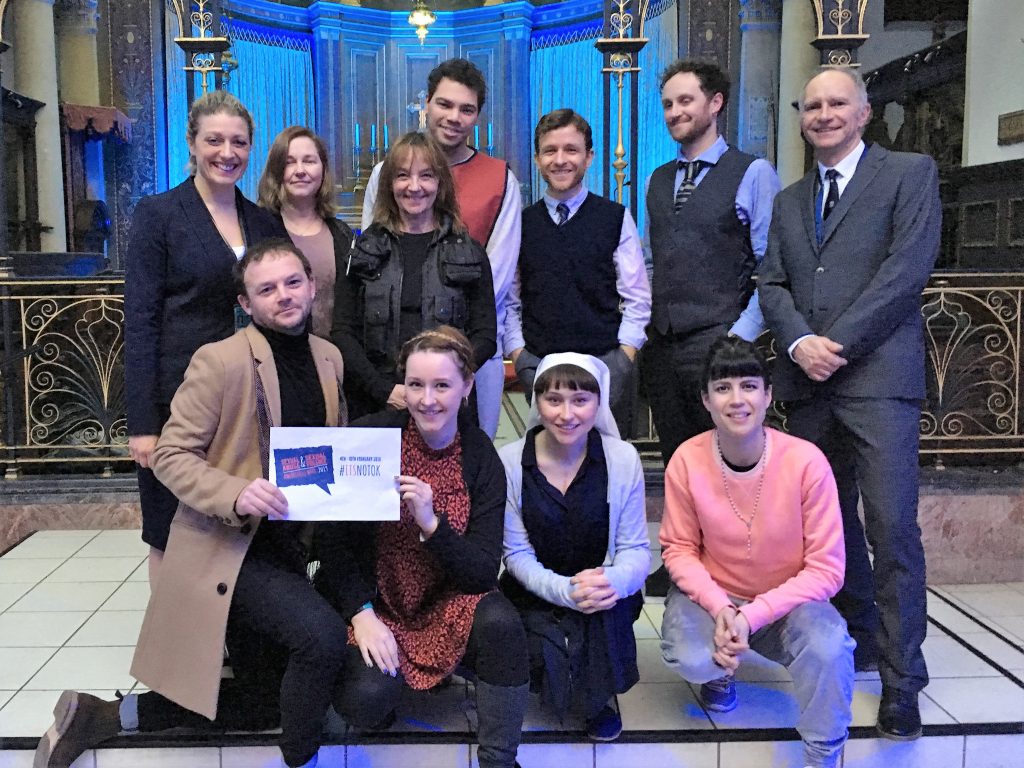 To mark Sexual Abuse & Sexual Violence Awareness Week, which runs this week from the 4-10 February 2019, Guildford Shakespeare Company is delighted to announce that it will be supporting the campaign and Guildford’s Rape and Sexual Abuse Support Centre, RASAC.

The theatre company’s 40th, Measure for Measure, is Shakespeare’s astonishingly modern final comedy, which has at its core themes of sexual harassment and the abuse of power; a fitting show to mark the launch of sexual violence week #itsnotok.

GSC will be holding a retiring collection on Saturday 9 February on behalf of RASAC. The charity will also provide leaflets which will be available in the foyer for anyone who is affected by the issues raised and wants to seek help.

Matt Pinches of Guildford Shakespeare Company said “Funny, surprising, and heart-rendering in equal measure, Measure for Measure is Shakespeare’s final and darkest comedy, and we wanted to do something special for our 40th show. Its scenes and themes playout like they were written only yesterday and reflect the urgent nature of the debate around how we view gender today. Therefore, to give audiences a unique opportunity to see this timeless story from both sides, six of the nine cast will swap gender at the interval and replay the story from the beginning. Audiences will be truly immersed in the show as the action will take place on stages around the venue; there will be opportunities for them to record their reactions to the play throughout on tables and a ‘graffiti’ wall. It promises to be an extraordinary show and we’re proud to be supporting the vital work that RASAAC gives to so many in this important week.”

Caroline Thwaites, Fundraising Manager at RASASC said “We are delighted that the Guildford Shakespeare Company has chosen to support RASASC.  The production is perfectly timed to help people examine the issues of sexual abuse in our community and is a fitting performance to launch at the beginning of Sexual Abuse and Sexual Violence Awareness Week. As a charity that supports both male and female victims of rape and sexual abuse the themes in this play are as relevant today as they were 400 years ago when Shakespeare first wrote it”

Caroline also added “the funds raised will help us continue to care for survivors of rape and sexual abuse in Surrey.  We hope to use the money to support our Telephone Helpline for which we are currently seeking new volunteers.  Anyone interested should called 01483 456800 or email [email protected]

For details of Sexual Abuse and Sexual Violence Week, which is a national initiative, please visit http://sexualabuseandsexualviolenceawarenessweek.org/  Please also use the hashtag #itsnotOK