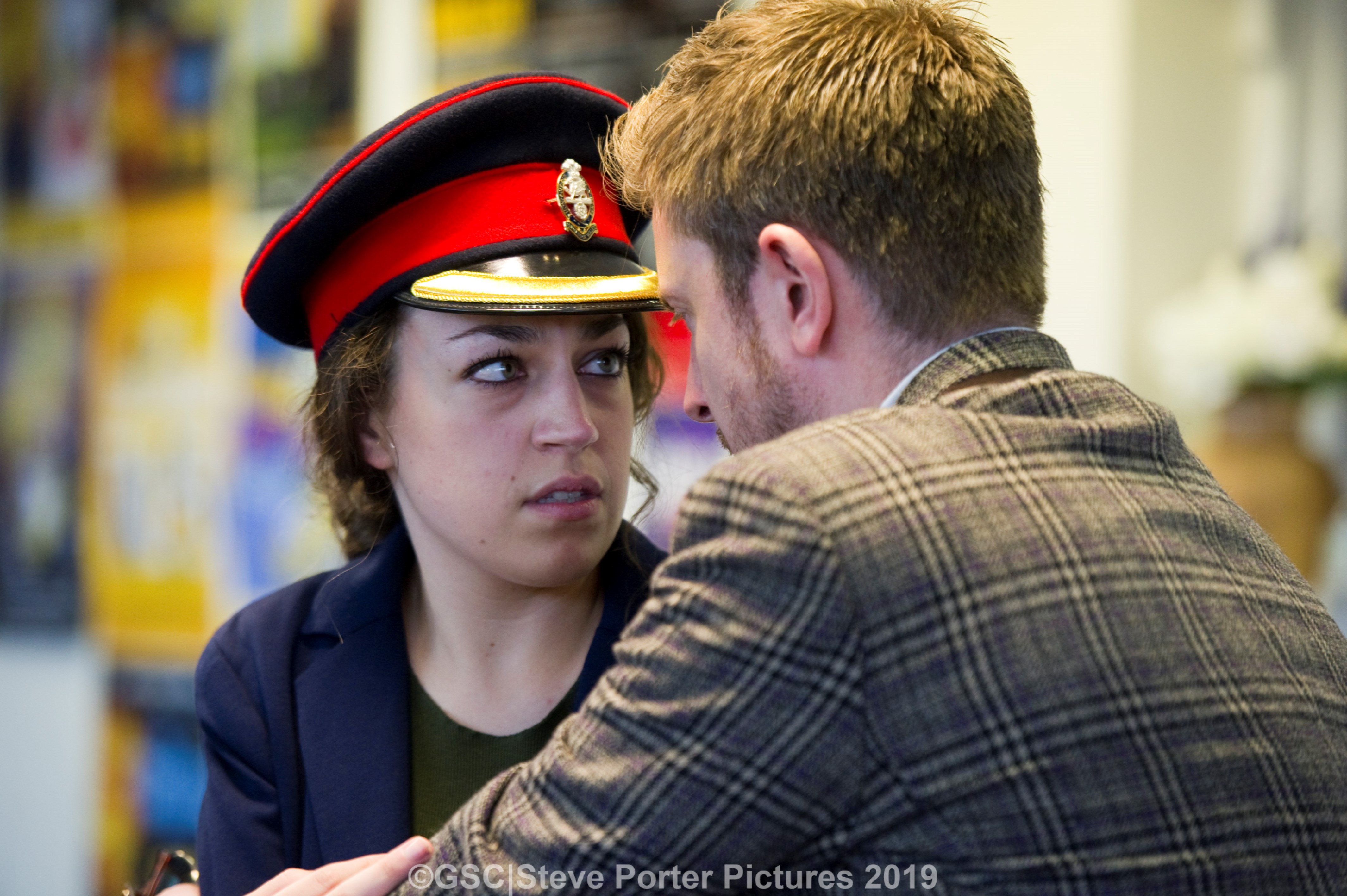 Our Co-Founder and Actor-Manager, Sarah Gobran, considers what Shakespeare might make of the current dating-world, from the perspective of Twelfth Night...

I am currently rehearsing Twelfth Night and once again, I am struck by the endlessly modern parallels to our current lives and just how relevant Shakespeare is.

My role is that of Olivia, the rich Countess (well, not so much a parallel here), who has many suitors (ditto to the lack of parallels) but none of them have managed to capture her heart. Then, out of nowhere comes Cesario who is a girl (Viola) dressed as a boy – and Olivia falls instantly in love with her/him. The love is unrequited, and so, it burns ever stronger. What is denied is desired. Rejection is the greatest aphrodisiac (to quote Madonna, not Shakespeare in this instance).

The rules of dating, it would seem have not changed in 400 years, send too many love poems (WhatsApp messages) to someone and they think you’re too keen; playing “hard to get” is not a modern phenomenon.

Equally, if the chemistry is right, you can turn up with a priest on your second date, and your suitor will say “I do”. You can’t fight chemistry (small print: don’t take my actual advice on this one).

This got me thinking… what is it about the eternal quest for love that captures our imaginations in terms of stories? From Romeo and Juliet to My Best Friend’s Wedding, we cheerlead the finding of love, the connecting of soul mates, the hard-won fight that sees our lovers running off into the sunset together (well not so much for R&J, but you know what I mean).

At the end of Twelfth Night, our heroes and heroines find the love they have been seeking, which despite the hilarious, and sometimes heart-breaking, bumps along the way, we cheer for their resolution. We feel complete when they are completed by another.

And isn’t that just the way we feel about real life? People feel happy for their single friends when they meet someone. Being in a relationship seems ever important, and yet despite the resources available to us, the same obstacles lie in the way as they did 400 years ago.

My personal on-line dating experiences have (virtually) introduced me to people who would rather post pictures of lampshades, Oreo packets, cars, rain-stained windows and even George Clooney rather than pictures of themselves; whilst others use phrases like “you’re buying drinks ‘til you look like your photo” – a tough ask for those whose pictures are Oreo packets, I should imagine -  and the ever hilarious “looking to leave the singles market before the UK does”. As I rehearse Twelfth Night, I wonder what Shakespeare would make of this.

I have no doubt that he would have made a fantastic comedy of mistaken identity, unrequited and/or obsessive love based on these dating apps. With or without them, the premise still stands. Love is hard to come by and oftentimes painful.

Is there such a thing as “The One” and will fate push us along to find them? Will it be marital bliss when that happens or would some of his characters end up searching for “The Second One” and “The Third One” and so on?

“I do I know not what, and fear to find

Mine eye too great a flatterer for my mind.

Fate, show thy force. Ourselves we do not owe.

What is decreed must be; and be this so.”