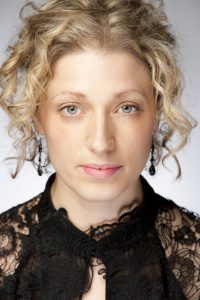 Favourite biscuit: One with cheese on it

Muesli or bacon roll? I'm a vegetarian so muesli, but I'm more savoury than sweet so please can I have marmite on toast?

Sarah's passion for theatre and performance began at the age of seven with her discovery of Pam Ayres, regularly subjecting her classmates to a rendition of the latest poems she had learnt that week!

Sarah moved to Guildford in 1995 to train at the Guildford School of Acting and since graduating has performed in a variety of theatre and film, including a spell at the Yvonne Arnaud Theatre in Alan Ayckbourn's Sugar Daddies. Sarah has also worked for many local theatre companies including The Phoenix, in Bordon, playing Bathsheba in Far From The Madding Crowd, and for Proteus in Basingstoke, as Wendy in Peter Pan. For both companies she toured to local communities in Surrey and Hampshire.

Sarah is delighted to have set up Guildford Shakespeare Company and by the tremendous response that they have received from the community, who appear to be as passionate as she is about Open-Air Shakespeare coming to life in Guildford! 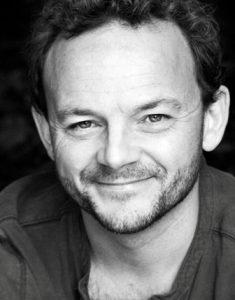 First single you bought? I Think We’re Alone Now by Tiffany (but don’t tell anyone!)

Originally from Worcester, Matt trained at University College Bretton Hall in West Yorkshire, graduating in 1998 with an honours degree in Dramatic Art. Open-air theatre gave him his first job, playing D'Artagnan in The Three Musketeers in Manchester. Since then he has continued to work in all forms of theatre from panto to TIE, from national No.1 tours to village halls, as well TV commercials and short films.

Matt leads talks and lectures on Shakespeare, and in the summer of 2016 he walked the 146 mile Shakespeare Way from Stratford to The Globe in London.

He also sits on the Public Arts Advisory Group for Guildford and is a Council Member for the Surrey Chambers of Commerce.

He’s extremely proud of GSC and all it has achieved. Matt lives in Bramley with his fiancé and their dog Nellie. He hopes one day to own a 2CV. 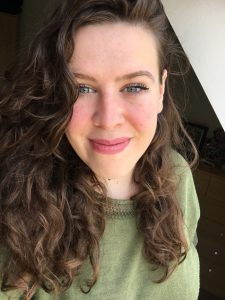 First Single Brought: Bring Me Back To Life, Evanescence

Hannah trained at East 15 Acting School and graduated with a First-Class degree in Stage Management and Technical Theatre in 2015, Hannah started off freelance to begin with and then started working at the Yvonne Arnaud Theatre for the last 7 years. She started out as an Assistant technician to then becoming Lighting and Sound Technician. During this time, she worked in the Mill Studio where she ran the studio for 3 years from lighting designing, building sets, making props and stage managing a number of youth productions. Hannah is even more excited to be working full-time with GSC and all their upcoming productions after working freelance for them over the last year. 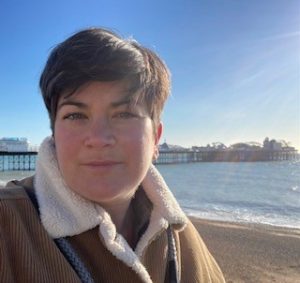 First single you bought? I really can’t remember but I was a big fan of the Spice Girls, so probably Wannabe!

Muesli or bacon roll? Out of those two I’d take bacon, but I am a veggie so is an egg sandwich an option?

Kerrie has been working as a Stage Manager for 17 years after completing her training at Guildford School of Acting on the Production and Stage Management course.

For 11 years she worked freelance, during which she spent 6 very happy seasons working for GSC and other companies such as Chichester Festival Theatre, Headlong and The Bridge Project. In the latter part of her career she has been at the Watermill Theatre (Newbury) as the resident Company Stage Manager. It was a great opportunity to be part of a producing house and to see how all the departments worked together. One she often collaborated with was the Outreach department so feels an obvious and creative step to join the GSC team as Creative Learning Producer.

Kerrie said “At the Watermill, I loved working on the main house shows, there are some fond favourites such as Amelie, A Little Night Music and Twelfth Night but the shows that spoke to me most were the ones that went to the small village halls, and witnessing how it bought communities together. Likewise with the Theatre in Education tours (TIE), students that might not be able to attend the theatre being exposed to plays.” 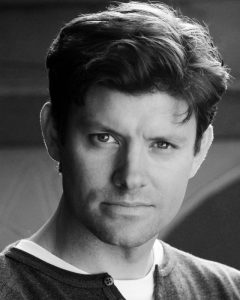 First single you bought? You Can't Touch This - MC Hammer

Rob trained at Mountview Academy Theatre. Credits include: Romeo (Orange Tree Theatre, Richmond) Hamlet (Young Shakespeare Company UK Tour); Adam in Time of My Life (The Mill at Sonning); Orlando in As You Like It & Lucentio in The Taming of the Shrew touring open-air theatre to English Heritage sites across the UK; Bertram, All’s Well That Ends Well & Antigonus The Winter’sTale (Cambridge Shakespeare Festival). He has also played Prince Charming for Disney Corporate events in London and Milan and is in an Xbox computer game.

Before GSC, Rob was Education Officer for the Yvonne Arnaud Theatre and directed numerous youth theatre shows including: The Witches, David Copperfield, Eclipse, Macbeth and Five Children and It. He also has worked as an assistant director on Annie for the Mayflower Theatre in Southampton. 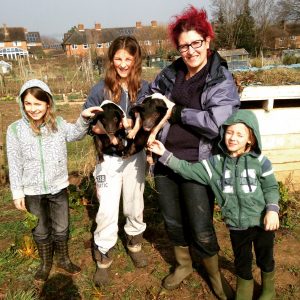 Eli grew up in Leicester  where she attempted to spend as much time as humanly possible at the Leicester Haymarket Theatre, and moved to Guildford for drama school. She has 3 boys, who she home educates the kids, grows veg, keep pigs, chickens and ducks as well as  two cats and a dog. Eli also hoard fabrics & wool and has far too many craft projects on the go at the same time.

Before joining GSC Eli taught drama, did some copy writing for children’s books, sung to small children in nurseries, was an actor in a theatre company that specialised in 18th century theatre (so many corsets!) and once upon a time sold novelty loo seats!

First single you bought: The Frog Song by Paul McCartney (Don’t judge me, I was 5!!)

Saffron grew up in Ash, Cranleigh and Guildford, and attended Guildford College of Technology. She now lives in Whitehill, Hampshire, with her partner Craig and young son, Seth – which means she's getting to know the A3 very well!

Before joining GSC, she spent nearly 20 years working the NHS, starting off working the laboratory at The Royal Surrey Hospital and ending up as a Medical Secretary at Haslemere Hospital – with a few different roles and departments in between. It was just a slightly different type of drama! 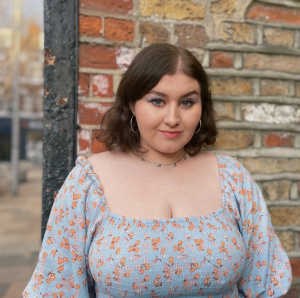 First single you bought: Lollipop by MIKA on my red iPod nano.

Amaya studied English Literature at the University of Cambridge, where she spent her spare time immersed in script writing, publicity design, performing as a Cambridge Footlight, and drinking lots of oat lattes. Her work has been featured at The Other Palace London, The Etcetera Theatre Camden, Assembly Studios Edinburgh, Underbelly Edinburgh, The ADC Theatre, The Corpus Playroom, The Cambridge Arts Theatre, and more. Since graduating, Amaya has continued to develop her writing and publicity design, whilst working full-time in arts marketing, and drinking even more oat lattes. She’s absolutely thrilled to be part of the GSC team.